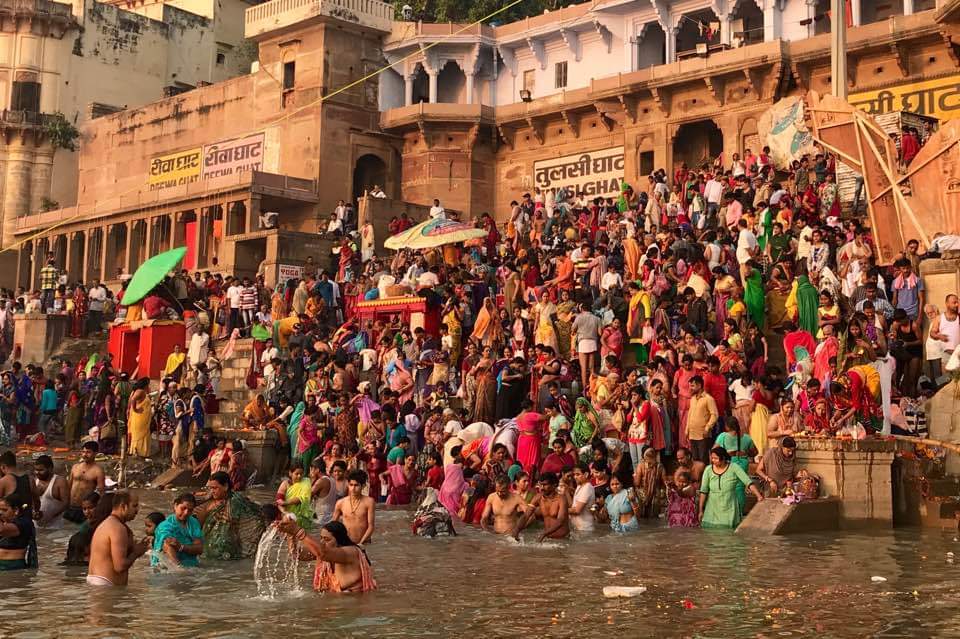 Varanasi : Varanasi is one of the oldest living cities in the world. Many names have been given to Varanasi, though its recently revived official appellation is mentioned in the Mahabharata and in the Jataka tales of Buddhism. It probably derives from the two rivers that flank the city, the Varuna to the north and the Asi to the south.. Many still use the anglicized forms of Banaras or Benares, while pilgrims refer to Kashi, first used three thousand years ago to describe the kingdom and the city outside which the Buddha preached his first sermon; the "City of Light" is also called Kashika, "the shining one", referring to the light of Shiva. Another epithet, Avimukta, meaning "Never Forsaken", refers to the city that Shiva never deserted, or that one should never leave. Further alternatives include Anandavana, the "forest of bliss", and Rudravasa, the place where Shiva (Rudra) resides.

Pick up from hotel lobby in Varanasi at 01:00 Noon & drive to Banaras Hindu University – Largest residential university in India and Asia, Mother India Temple – A 3 digtal map of India. Very unique and only of its kind, Explore Tulsi Manas Temple – A former residence of late and great poet and writer Tulsidas and Monkey Temple – Very opposite to its name. It is a temple of Godess Durga having so much monkeys roaming on its roof.

at 6 pm move to Dashashwamedh ghat.Evening Aarti which is refer to the songs sung in praise of the deity, when offering of lamps is being offered. Hindus in India worship the river Ganges as goddess. Every evening in Varanasi, aarti is performed at the Dashashwamedh ghat. We can watch it from the ghat or from the waterside in a boat. It is a beautiful, resonant, and majestic spectacle with a very precise choreography involving rituals performed by several priests with the sound of bells, drums, cymbals, and Sanskrit mantras. The river is also worshiped with flower petals.

The tour will end at 07:00 pm and sit back and relax on the drive back to your hotel Varanasi