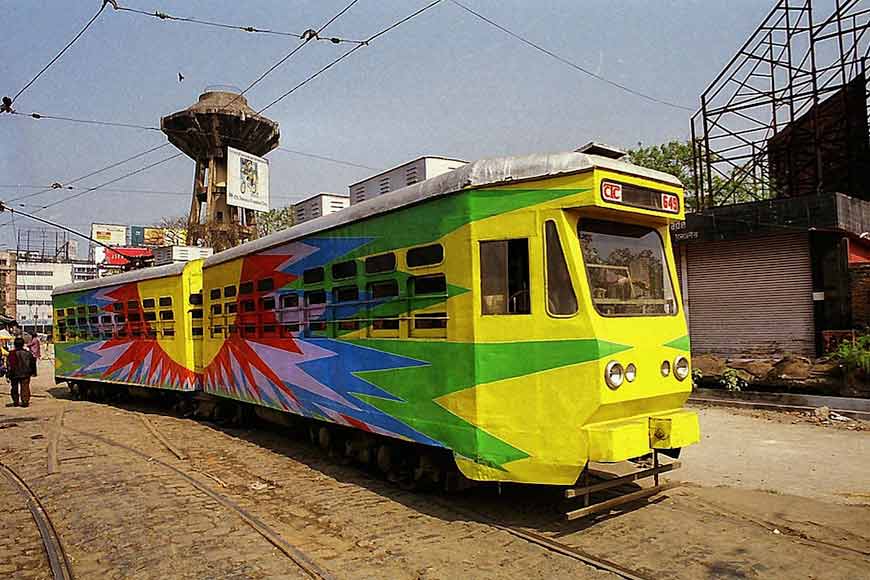 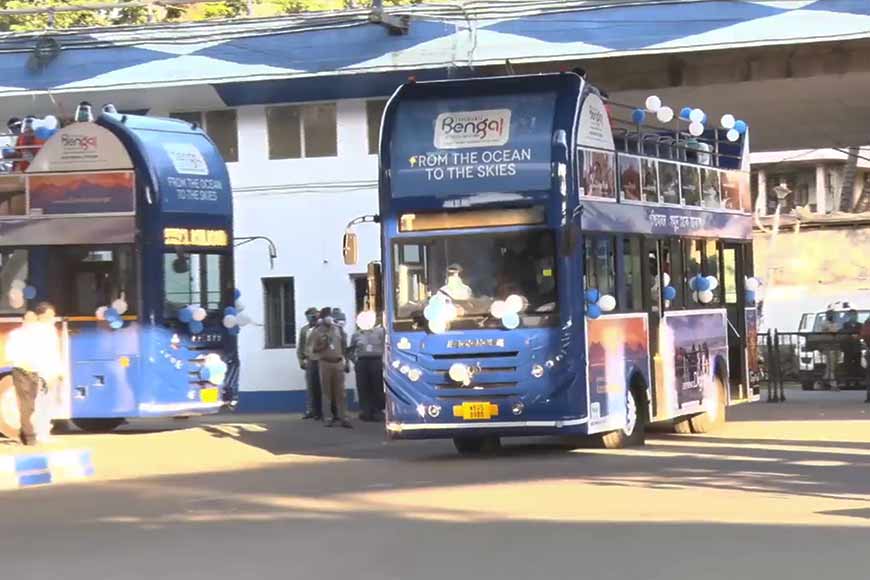 It was nearly a century ago in 1926, that the British introduced Kolkata’s iconic Double Decker buses in line with the Red London buses. The first double-decker bus plied between Shyambazar and Kalighat. Along with the trams, the red double-decker buses became a much-loved symbol of Kolkata. It gained popularity and gradually a fleet of crimson double decker busses were introduced which crisscrossed the arterial thoroughfares of the city.

The government wanted to reintroduce double-decker buses as a novel addition to city's transport fleet. The new re-designed ‘hop-on hop-off’ tourist buses have been designed in-house by the State Transport Department. There are no approved double-decker models, since no Indian automobile manufacturer makes them. These buses were manufactured at Bebbco, Jamshedpur, a company that specializes in manufacturing standard buses, goods vehicles and delivery vans. The buses are environment-friendly, diesel-run and are BS IV compliant and fuel efficient. The design has got the final approval from the Central Institute of Road Transport (CIRT) and the final road worthiness certificate has been obtained and now the vehicles are ready to hit the roads.

From the 13th to 22nd October the Lok Prasar Shilpi folk music artistes like Bauls,  singers of Jhumur, Bhatiali, Kabigaan and Tarja from the districts of Paschim  Medinipur, Howrah, Nadia, Purba Bardhaman, Jhargram, North 24 Parganas, Hooghly and Purba Medinipur will perform before the tourists on the bus to entertain them.

Kolkata : A city of love and warmth, sorrow and despair, dreams and hopes, poverty and squalor, grandeur and glory. Calcutta is compelling , effervescent, teeming with life and traditions - a medley of moods, styles, cultures, politics, industry and commerce.More than 300 years ago, Job Charnock, an English tradesman set up a trading post on the banks of the Ganga along the three-village nucleus. Gradually Europeans started setting up business and trade establishments, the moneyed class taking interest in banking and usury. The East India Company steadily encroached into matters of state.The fate of the Nawabi rule was sealed in the Battle of Plassey and the English went ahead to seize power, a grip which loosened only 250 years later when power was transferred from the British Empire to the Indians.

Bishnupur : Bishnupur is a town in the eastern Indian state of West Bengal. It’s known for its Hindu temples made from local terracotta, such as the pyramid-shaped Rasmancha, established around 1600. Ornate carvings adorn the walls of Jor Bangla Temple. North, Madan Mohan Temple is decorated with scenes from Hindu legends, including the "Mahabharata." In town, the Bishnupur Museum displays manuscripts and ancient sculptures.

Sundarban Tour : The most difficult part is to write the home page. Well we have to start somewhere. Since sundarban is what you are looking for, let’s start with it! We are not going to indulge ourselves into the arithmetic of how many animals, birds, reptiles or trees exist there, or that it is one of the biggest mangrove expanses and forms the biggest deltas of the world. You can find all these details in the wikipedia, so it’s no point repeating ourselves once again.

Rather we would like to speak about some of the details which are seldom spoken of.

Sundarban Houseboat : Because at Sundarban Houseboat, you get to experience nature and tranquillity at its best, along with a hassle-free, comfortable and luxurious stay. Our Premium Houseboats are equipped with the best facilities, offering our visitors a stay, that they can never forget. Our houseboats are designed keeping our visitors’ comfort, solace, and wellbeing as a main priority

Kolkata Zoo & Zoological Garden : The Zoological Garden, Alipore (also informally called the Alipore Zoo or Calcutta Zoo) is India's oldest formally stated zoological park (as opposed to royal and British menageries) and a big tourist attraction in Kolkata, West Bengal. It has been open as a zoo since 1876, and covers 18.811 ha (46.48 acres). It is probably best known as the home of the now expired Aldabra giant tortoise Adwaita, who was reputed to have been over 250 years old when he died in 2006. It is also home to one of the few captive breeding projects involving the Manipur brow-antlered deer. One of the most popular tourist attractions in Kolkata, it draws huge crowds during the winter season, especially during December and January. The highest attendance till date was on January 1, 2018 with 110,000 visitors.

Vivada Cruise : Vivada Cruises has a mission to innovate the services in waterways in India and to sail the rough waters and explore new horizons. It is also our aim to achieve excellence in our services that we render with integrity and full sincerity.

Vivada Cruises is the largest inland waterways company in India and has been established in 1966 as Bunkerers to ocean going vessels. The main operations of Vivada Inland Waterways Limited are being controlled from Kolkata - the metropolitan city, which is the main hub for Inland Water transport in National waterways 1 and National Waterways 2. Vivada Inland Waterways Ltd has made a name for itself through the path of Integrity, Innovation and Initiation. You can avail of our services and enjoy a jolly good time partying over the Ganges as well as enjoy the holiday options.