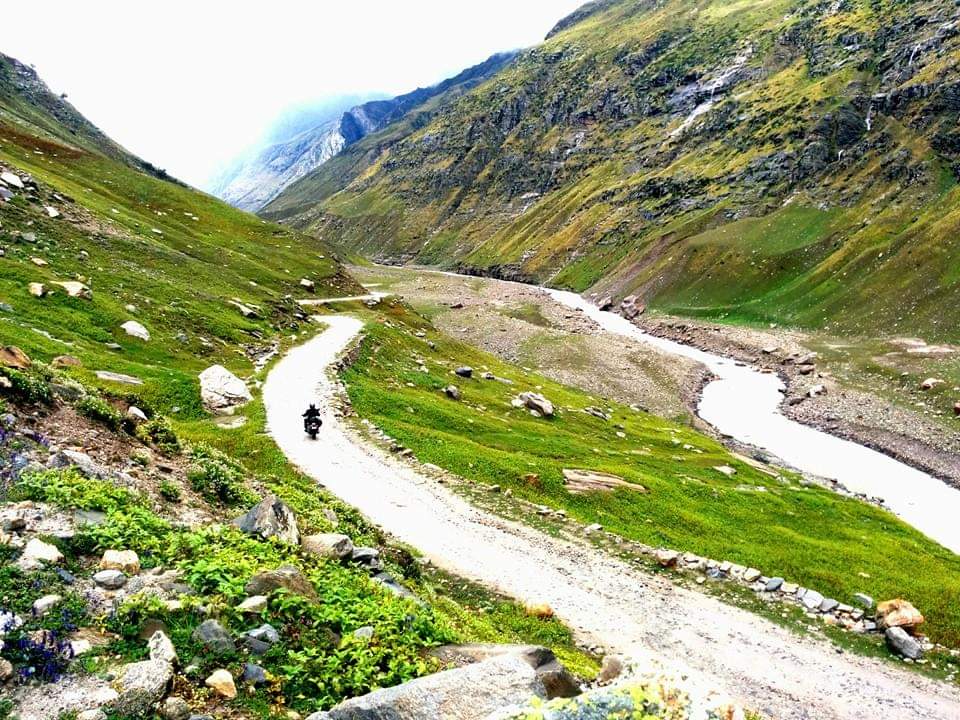 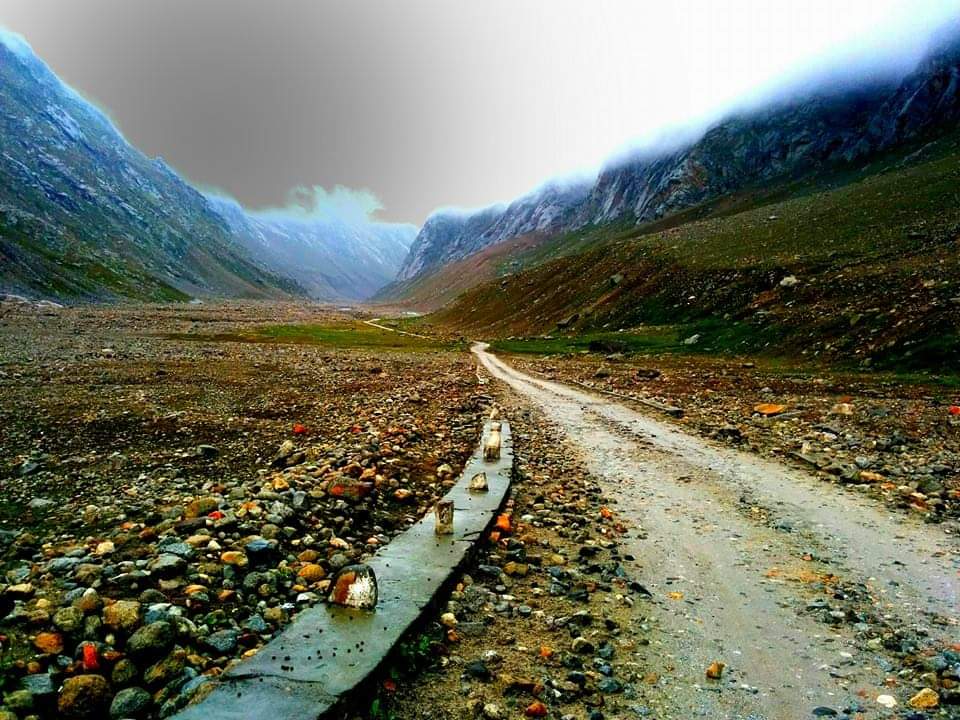 About 10kms. ahead of Pooh, satluj enters India near Shipki la & Spiti river joins it at Khab. The road then goes to Sumdo via Hangrang valley. From Sumdo Spiti valley starts.The Spiti river flows fast through deep gorges at some places. The valley is not wide but there are villages and some fields where people grow barley, buck- wheat, peas & vegetables. It has an area of 4800 sq. kms. Some inhabitants have adopted Budhism as there faith and Bhoti is the spoken language. The people are simple and honest. The main Spiti valley is split into eastern and western valleys. They are connected with Ladakh & Tibet on eastern side & Kinnaur and Kulu on western side through high passes

Located near the Indo-Tibet border, the village has a naturally preserved unique Mummy, which is more than 500 years old and is an attraction for the visitors. The village Giu is situated at a height of approx 10,000 feet above the sea level. The mummy in the village is placed in a room constructed on a hilltop. It is believed that this mummy is of a Lama, who died at the age of around 45 years and was found in a sitting posture. Presently, the mummy is kept in an open glass box. Giu village is approximately 10 km from Giu nallah and village is connected with link road. Giu nallah is between Sumdo and Tabo.

Things to do And Destinations to Visit at Spiti Valley

It is so named because it is shaped like a crescent moon. It is just one of the many pristine lakes of the valley. The water body stretches for about 2.5 kilometers in length and is enveloped by many acres of snow. It is a popular destination among tourists looking for camping & trekking destination in India.

Dhankar gompa or the Dhankar monastery is located at a height of 12,774 feet above sea level. It is one of the nine principal Buddhist sacred shrines of the region. It was built by the Gelugpa School of Order and is more than a thousand years old. This establishment overlooks the convergence of the Pin and the Spiti rivers.

Kaza is the capital of the Spiti district. It is located on the eroded flood plains of the river Spiti. The region is surrounded by mountains on both sides and is the most populated part of the Spiti Valley. Apart from the breathtaking views, facilities like rest houses, hotels, health centers and a marketplace can be found here. Life in this eccentric town moves at a slower pace and offers tourists a sense of calm.

One of the most popular tourist attractions to be included in this Spiti Valley Travel Guide, is the Key monastery, also known as the Kye Gompa. It is located at an altitude of 4112 meters above sea level overlooking the Spiti River. As a result, this monastery offers tourists with spectacular views of the surrounding. The monastery resembles the Chinese theme of architecture and is rich with murals, manuscripts, literature and a grand shrine of Lord Buddha. It has an assembly hall and a Tengyur room decorated with murals. Tourists can experience a dance of the lamas with musical instruments, horns and pipes.

Komic village is the highest village in the world with road connectivity. Located at a distance of 20 kilometers from Kaza and at a height of 18,000 feet above sea level, this is one of the most unique places to visit in Himachal Pradesh. The Komic monastery is located here which opens up its treasures for tourists once in every 90 years.

Kunzum pass is the gateway to Spiti from Lahaul and Kullu. Situated at a height of 4,593 metres above sea level, Kunzum pass is reached after driving for 20 kilometers from Rohtang pass. The place owes its beauty to the position of the Spiti Valley on its one side and the Chandra Bhaga range peaks on the other.

Lahaul valley is perched at an altitude of 2,745 above sea level. It is a major centre of Buddhist art and culture and is home to various monasteries. The region essentially consists of large glaciers and high mountain peaks. It also has many photogenic lakes and passes. Tourists can indulge in various adventure sports in the region.

Langza village is located at a distance of 16 kilometers to the north of Kaza. It is one of the most spectacular valleys of the region and is famous among tourists for its ancient monasteries, historical buildings and incredible scenery. The village is guarded by a huge statue of Lord Buddha. The city is of great archaeological significance as a large number of fossils of marine animals and plants are found there.

The Pin Valley National Park is situated in the cold desert of the Spiti Valley. Included in things to do at Spiti Valley is exploring the wide variety of flora and fauna which is protected in this park along with diverse species of wildlife like the Tibetan gazelle, woolly hare, snow leopard and many others. The place receives heavy snowfall during the winter season and the weather is generally dry and cold.

Located in a quaint little village of the same name, the Tabo monastery is among the ancient places of Himachal Pradesh. It is a popular tourist attraction of the region and is known for the nine temples of Buddha Maitreya and Tara apart from the many stupas. It also has various stucco sculptures, other works of Lord Buddha and wall paintings. The murals of the monastery bear a striking similarity to the ones at the Ajanta paintings.

How to Reach Spiti Valley?

There are two routes to reach the Spiti Valley.

The first one is through Shimla. From major cities, travel to Delhi or Chandigarh. Overnight buses operate between these cities to Shimla. From Shimla, regular buses operate to the Kinnaur district. Apart from buses shared taxis and rental private cars are also available from Shimla.

The second route runs via Manali. Regular buses operate between Manali and Kaza through the Kunzum pass and the Rohtang pass. Share taxis and rental private cars are also available from Manali.

Depending on your route, the best time to visit the Spiti Valley varies. During the months of April and May, the snow in the region starts to melt. Many roads like the one from Kaza to Losar opened while others like the road from Kunzum Pass to Manali remain closed until June. Thus, this time is best for visiting Spiti & also an ideal time to visit Manali & nearby places. Many adventure enthusiasts make plans for their trek to Spiti around this time. The snow-capped mountains are visible and make a memorable view for the tourists. If certain road blockages and low tourist count is not a problem, the month of April and May is the best time to visit Spiti Valley.