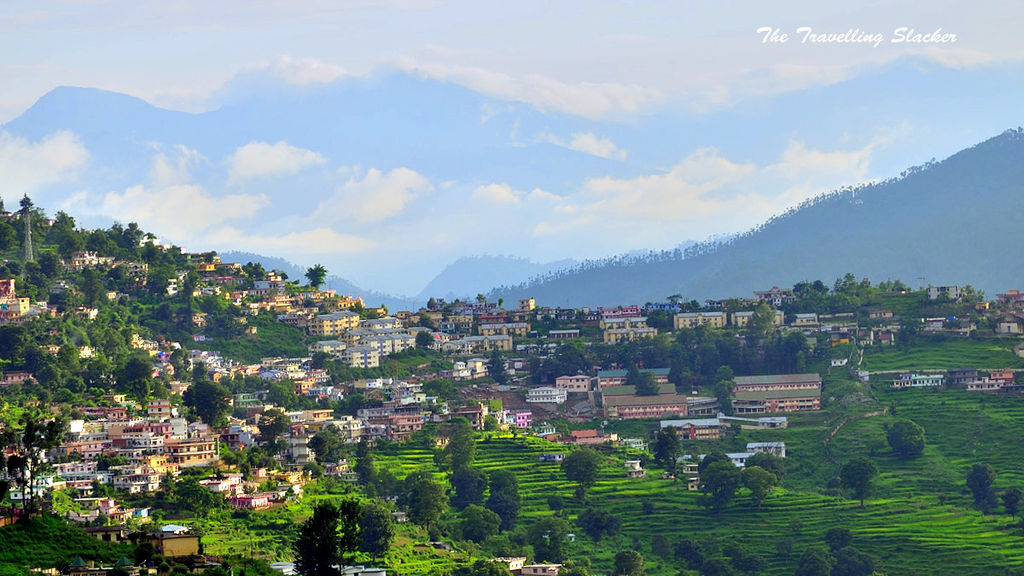 Almora, another popular hill station of Uttarakhand is known as the cultural capital of Kumaon. This town is situated on a 5 km mountain range situated at an altitude of 1,650 m and from a distance its shape resembles a horse shoe. Almora was not discovered and developed by the British, instead it was the seat of power of the Chand Dynasty who ruled the land of Kumaon for almost a millennium. The town has maintained its old customs and traditions that are visible in the way houses and roads have been built.

The old forts, the historical monuments and the royal courts still exist in decent shape. The Kaushiki (Koshi) and Shalmali (Suyal) Rivers encircle the town, overlooked by the snows of the Himalayas. A must buy are the local Kumaoni sweets called Bal Mithai and Singauri.

Almora has attracted people through the ages. Swami Vivekananda visited Almora at the turn of this century. The Ramakrishna Mission at Mayawati Ashram bears his footprints. Rabindranath Tagore spent some memorable summers here. The internationally acclaimed dancer Uday Shankar fell in love with this place and set up his dance academy here. Sitar maestro Ravi Shankar, artist Zohra Sehgal, the film star Guru Dutt all came here and became earnest lovers of the town. Our first Prime Minister, Jawaharlal Nehru served a term of imprisonment in the Jail at Almora during the British rule.

The town is surrounded by the mighty Himalayan ranges, with holy shrines on the top of their peaks dedicated to Goddesses Banari Devi, Kasar Devi and Sayahi Devi.

The ancient town of Almora, before it's establishment was under the possession of Katyuri king Baichaldeo. He donated major part of this land to a Gujrati Brahmin Sri Chand Tiwari. Later on when Chand kingdom was founded in Baramandal, the town of Almora was founded at this centrally located place in 1560 by Kalyan Chand.

In the days of the Chand Kings it was called Rajapur. The name 'Rajpur' is also mentioned over a number of ancient copper plates. The town of Almora is situated over a horse saddle shaped ridge of a mountain. The eastern portion of the ridge is known as Talifat and the western one is known as Selifat. The market is at the top of the ridge where these two, Talifat and Selifat jointly terminate

By Air : The nearest airport is Dehradun / Delhi.

By Rail : Kathgodam is the nearest railway station to Almora situated at a distance of 83kms. Kathgodam is well connected with major destinations of India like Lucknow, Delhi and Kolkata. Trains are frequent to Kathgodam as it is the gateway of Kumaon region. Buses and Taxis are Available to Almora from Kathgodam.

By Road : Almora is well connected by motorable roads with major cities of northern India. Buses to Kathgodam and Almora can be taken from ISBT Anand Vihar, Delhi. Almora is connected with NH87 and NH87E. Taxis to Almora are easily available in Kumaon region. The distance from Delhi to Almora is 365kms if you travel via Moradabad and Bilaspur. This distance can be easily covered in 9-10 hours of time.

Ranikhet: Around fifty Kms from Almora the quiet and beautiful cantonment township of Ranikhet, is famous for it's salubrious climate, balmy breeze captivating and panoramic Himalayan View and soothing and pollution free greenery of pines and oaks. It is also famous as the regimental center of the Kumaun Regiment of Indian Army- one of the most prestigious and the most decorated of all. The Kumaun Regimental museum and amicably maintained grassy and green golf course are memorable experiences even for the most experienced tourists.From Ranikhet four Kms sojourn takes you to the Chaubatiya gardens famous for it's sprawling orchards of delicious apples, plums, peaches and apricots. It is result of the pioneering efforts of a British settler 150 years ago. In and around Ranikhet there are some famous temples of the Hindus for religious minded like Jhoola Devi Mandir, Ram Mandir, Herakhan Mandir, Kalika Temple and Binsar Mahadeva.

Kausani : Kausani, situated around 52 KMs from Almora is famous for it's breathtakingly close view of the Himalayan Peaks and it's solitudes and greenery. The wide expanse of the famous Katyur Valley lies in front of it as you wake up to experience the Kausani sunrise. Kausani's beauty arrested the feet of even Mahatama Gandhi, who stayed for some time at this place. The memory that brief stay of that great man lingers behind in the Anasakti Ashrama. Another great man of India the famous Hindi poet Sumitra Nandan Pant was born here. There is small museum to earmark that sacred spot. The famous folk singer Gopidas was also inspired by the beauty of Kausani. Pinnath (10KMs), Bura Pinnath (5KMs) and Bhakot are the highest points near Kausani.

Binsar: Situated only 30 KMs away from the township of Almora lies Binsar nestled amongst thick forests of Oak and Rhodendron and yet offering surprisingly close views of the Himalayan peaks. The entire region is now a wildlife sanctuary and has a host of wildlife like Panther and Barking Deer. The temple of Binsar lies nearby. One of the many legends concerning Binsar states that 'Should anyone take away anything belonging to the God or his worshippers and avenging spirit and compels him conscience stricken to restore it twenty fold. Even the faithless and the dishonest are said to be reformed by a visit to Binsar.'

Bageshwer: Situated around 90 KMs from Almora, Bageswer is now a new district headquarter and the centre of administration for the entire region called Danpur. The place is significant from both religious and tourist point of view. Situated at the confluence of the rivers Saryu and Gomti, Bageswer is the seat of the famous Uttaraini fair which is held every year in January. The famous and ancient temple of Bagnath from which the township gets it's name has been attracting thousands of devout Hindus year after year since the birth of history. It is believed that Markandey sage has lived at the place and that Lord Shiva, one of the most important gods of Hindus had wandered about as a tiger. Even for the adventurous tourist Bageshwer is a necessary destination since in order to reach the glaciers of Sunderdunga, Kafni and Pindari one has to necessarily cross Bageshwer.

Shitla Khet: Situated between Ranikhet and Almora this picturesque place not only affords a wide view of the Himalayan peaks but is also full of fruit orchards. Scouting camps are frequently held here and there is a beautiful temple of Syahi Devi around 3 KMs away on a lovely mountainous trail. The birth place of the first chief minister of the province of Uttar Pradesh, Pandit Govind Ballabh Pant is a place called Khunt situated nearby. Some years back a centenary memorial has been built at this place to commemorate the memory of this great son of the soil.

Jalana: Situated 35 KMs away from Almora in picturesque surroundings Jalna offers a wide panoramic view of Himalayas. There are a number of orchards which produce a number of variety of fruits such as apricots, peaches, peers, plums and apples.

Baijnath: Lying in the Katyuri valley, 19 KMs away from Kausani is the small but ancient town of Baijnath. It was once upon a time the capital of the Katyuri dynasty of kings and the place was then called Kartikyapura. The remnants of those glorious days lies at the bank of the Gomti river in the form of a group of temples. The temple is famous for it's ancient and magnificent stone idol of the Hindu goddess Parvati. Around 8 KMs from Baijnath on the Gwaldam road is lies the famous Kotkimai temple. One can also visit Pandusthal which lies nearby.

Dwarahat : Situated in a wide valley of the river Ramganga, Dwarahat lies around 32 KMs from Ranikhet. And is a very important town from both historical and archeological point of view and may also have been the capital of some branches of Katyuri kings. Around 10 KMs from Dwarahat lies the famous Doonagiri temple atop a hillock which is famous in legends for containing the herb<