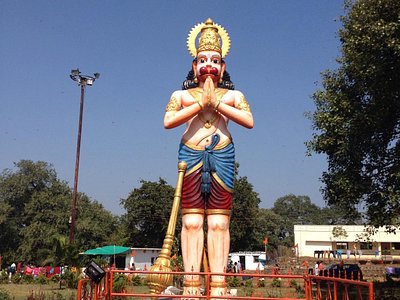 During the Bathukamma festival girls and women arrange flowers on a big plate in vertical format – like a cone with a flat top. Circular rows of different varieties of flowers available during the season are placed on top of one row. The number of rows varies from region to region and is left to the discretion of the women making it. Turmeric and a dry coconut is placed atop the flower cone pyramid.

This flower cone with flat top is worshipped as Bathukamma.

Women and girls stand in a circle and sing songs as they go around the colorful Bathukammas, which is placed in the center. Women clap, dance rhythmically around the Bathukamma flower murti.On the final day, women gather at a temple pond or a lake, again sing and dance, after which they immerse Bathukammas in water.

Bathukamma songs are hugely popular and women take pride in singing them beautifully. Women and young girls clap and sing the rythmic folk chants around in small circles.One of the most important Bathkamma Panduga rituals is held at the Bhadrakali Temple in Warangal.

The sight of neatly dressed women and girls in saris and other traditional dress with jewelry and lots of flowers on their hair and with Bathukammas in their hands, or on their heads, is a wonderful sight.

As the nascent southern state is now into its third year, the nine-day Bathukamma is poised to be celebrated in several parts of the world, thanks to smart marketing by Telangana chief minister K Chandrasekhar Rao’s daughter Kalvakuntla Kavitha, a parliamentarian.

A defining feature of the festivity is colourfully patterned arrangement of endemic wild flowers such as cassia, acacia, marigold, chrysanthemum and celosia. The daily ritual is much like what Malayalis do ahead of Onam to welcome the banished mythological king Mahabali—only that in Bathukamma, womenfolk also go around these floral arrangements by singing songs. At the end of the ninth day on Durgashtami, these heaps of flowers are immersed in nearby ponds.