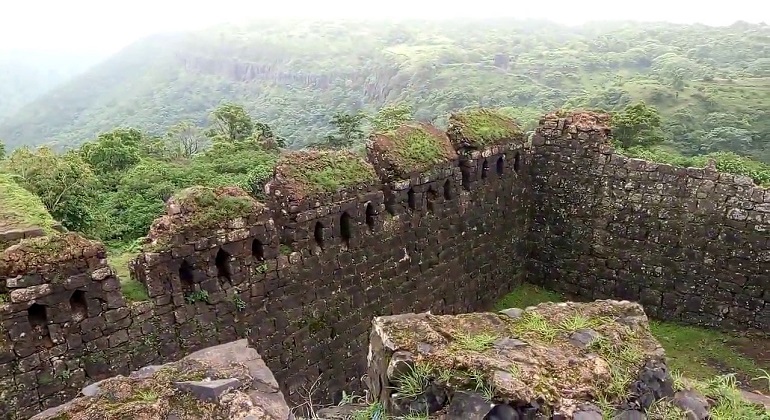 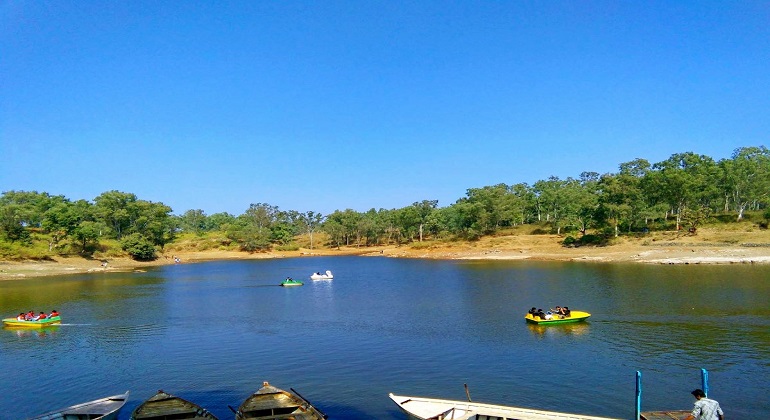 A hill station with tigers in the vicinity! How does that sound? Dangerous or interesting? Well, there is actually nothing to fear but only to enjoy when you plan a visit to the quiet hill station of Chikhaldara where you will be transported to a serene zone of just flora and fauna. In fact, if you are really looking for a place to unwind, Chikhaldara is where you should be.

Chikhaldara is located about 100 kilometers north of Amravati and is the only hill station of its kind in the Vidarbha region. It is situated on a mountain range beyond which Maharashtra ends and Madhya Pradesh begins. At a height of 1,088 meters above sea level, Chikhaldara has flourished in terms of flora and fauna because of the good rainfall it receives as compared to other parts of Vidarbha. But what really adds value to Chikhaldara is that it is surrounded on three sides by the borders of the Melghat Project Tiger Area which is spread over an area of about 1,676 square kilometers.

In fact, given the spread of the region, Chilkhaldara and Melghat Project Tiger (MPT) are like closely bonded kin. The MPT area is home to about 700 species of plants belonging to 400 genres and 97 different families. Of these 700 species, 90 are tree species and they make for the true treasure of this reserve. It is this amazing floral diversity that has also groomed a wide range of fauna. According to the last count, the tiger reserve has over 70 tigers along with almost the same number of leopards. It also has about 200 sloth bears, 1,800 Indian gaurs and hundreds of herbivore animals like Cheetal, Sambar, Barking Deer, Wild Boar, Choushinga, etc. The reserve also has rare animals like the Flying Squirrel, Pangolin, Mouse Deer, Ratel and Honey Badger.

If you want to hire any vehicle or want to take a bus to reach Chikhaldara, you have to go to Amravati first. The distance to Nagpur is approximately 230 kilometers which is the nearest airport. For a Pune or Mumbai resident, the travelling distance is about 750 kilometers. There are many luxury buses that ply on the Mumbai – Aurangabad – Nagpur highway. The best season to visit Chikhaldara is from October to June.

The nearest airport is Nagpur which is 230 kms away.

Nearest railway station is Amravati, 100 kms away. It is the main town as well.

For a Pune or Mumbai resident, the travelling distance is about 750 kms.

There are many luxury buses that ply on Mumbai - Aurangabad - Nagpur highway.

Wan Sanctuary : Wan sanctuary is located in Melghat area of Amravati District. It is an extension to the Melghat Sanctuary on southeastern part. This area is part and parcel of Melghat and is rich in floral and fauna biodiversity. The hilly rugged terrain possesses Tropical Dry Deciduous forests.

Gavilgadh Fort: Shrouded in mist and myths is the Gavali tribal fort of Gavilgad or Gavaligad, on the Chikhaldara plateau, now under the Melghat Tiger Project. Featured in the epic, the Mahabharata, this is the place where Bheema killed the villainous Keechaka in a Herculean bout and then threw him into the valley. It thus came to be known as Keechakadara - Chikhaldara is its corruption.

Bhimkund:Located 1.5 km from the village, this is the place where Bheema is said to have washed his hands in a pond after killing Keechaka. A 3500-foot deep valley and a stream on the left of the valley are the attractions

Devi Mandir:This point is nearer to the shakkar lake, the cave temple lies under three huge slabs of rock. Water from the shakkar lake continuously seeps through the ceiling of the cave.

Shakkar Lake:This lake is near Devi point. It is on the way to Gavilgad fort. Boating is available here.

Hariken Point:It is situated at southern region of the upper plateau of chikhaldara near government garden. One can see the Gavilgarh fort, Mozari village, Vairat hills and the huge area of the under the hills side.

Sunset –Point:The point is situated on the Vairat hills at Vairat. Which is considered to be King's Vairat capital in the Mahabharata era. Sunset is very attractive to see. Chikhaldara in the east from here and on west lays the numerous hill ranges befitting the name Satpuda's

Panchbol Point: This is one of the famous and important points, The five hills edges are connected naturally and it becomes a common huge valley, sound echoes five times hence its called panch valley...

Given the fact that a lot of rain water drains down from Chikhaldara, many water conservation projects have been built in the region, thus leading to the formation of reservoirs such as the Bir Dam, Kalapani Dam and the Shakkar Lake. To go camping, one must visit village Semadoh, which is just about 20 kilometers from Chikhaldara on the banks of the river Sipna. Nature lovers can book this place through the Amaravati Forest Department’s office at a very nominal cost and get a real feeling of living in the woods.

Picnic at the Points

It being a hill station, Chikhaldara has several spectacular vantage view points such as the Panchbol Point, Hariken Point, Mozari Point, Devi Point, Sunset Point, Prospects Point, Monkey Point, etc. The Sunset Point provides a spectacular view of the jungle with different shades of green that resonate with the sounds of the wild animals and birds as the sun goes down.