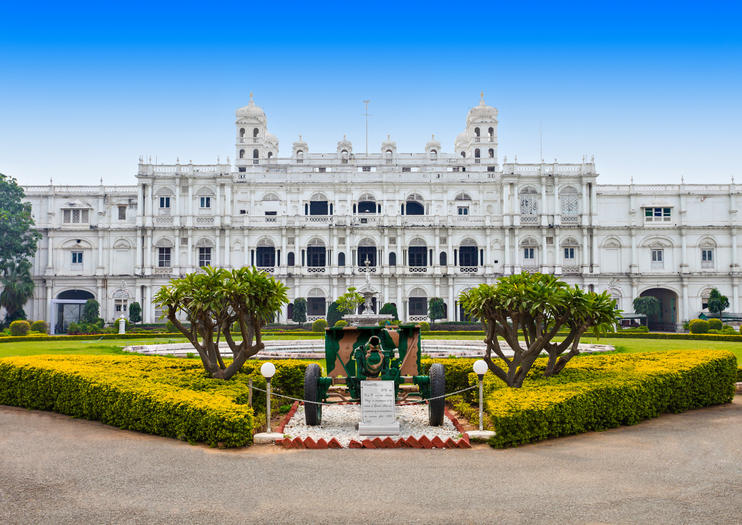 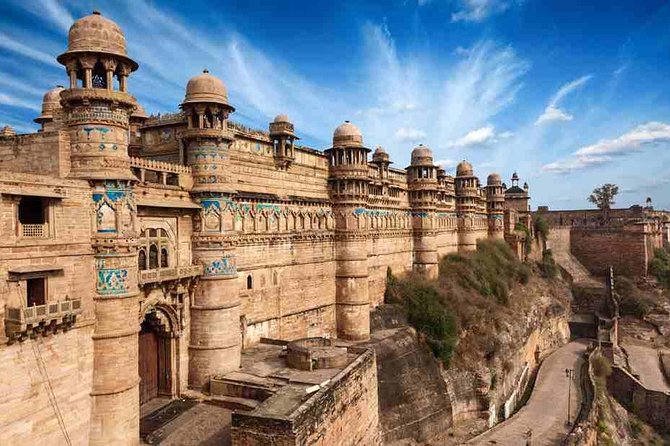 Destination Details
Tour in and around Gwalior
Hotels in Gwalior

Gwalior is best known for its imposing hilltop fort, which was famously described as ‘the pearl amongst fortresses in India’. Historically, the city has been the cradle of a number of dynasties that ruled it over the years. Their influence is clearly seen in the many regal structures that dominate the cityscape. In a sense, Gwalior continues to retain a medieval majesty.

Gwalior holds an unparalleled reputation in Sangeet, and has retained Indian traditions and the wealth of music intact over the years. The Gwalior Gharana is one of the oldest Khayal Gharanas and the one to which most classical Indian musicians can trace the origin of their style. Legendary musicians like Tansen and Baiju Bawara belonged to Gwalior.

Gwalior also has a rich history in sports, with the wizard of Hockey, Dhyan Chand, belonging to the city.

Steeped in the splendour of its past, the ancient capital of Gwalior has yet made a successful transition into a modern Indian city, vibrant and bustling. A multitude of reigning dynasties, of the great Rajput clans of the Pratiharas, Kacchwahas and Tomars have left indelible etchings of their rule in this city of palaces, temples and monuments. Gwalior's tradition as a royal capital continued until the formation of present day India, with the Scindias having their dynastic seat here. The magnificent mementoes of a glorious past have been preserved with care, giving Gwalior an appeal unique and timeless.

This, then, is Gwalior : where a rich cultural tradition has been interwoven into the fabric of modern life. Where a princely past lives on in great palaces and their museums. Where a multitude of images merge and mix to present to the visitor a city of enduring greatness.

Gwalior's history is traced back to a fascinating legend: in 8AD, a chieftain called Suraj Sen was stricken by a deadly disease. He was cured by a hermit saint, Gwalipa, and in gratitude, founded a city which he named after the saint who had given him the gift of a new life. The new city of Gwalior became, over the centuries, the cradle of great dynasties and with each, the city gained new dimensions from the warrior-kings, poets, musicians and saints who contributed to making it a capital renowned throughout the country.

By Air : Gwalior airport is located at a distance of 8 km from the heart of the city. It is well connected to all major cities. Private taxis are easily available outside the airport.

By Rail : Gwalior railway station is located in the heart of the city. It is well connected to all major cities and towns in India. Private taxis are available outside the station for onward journeys.

By Road: You can easily get regular cabs to Gwalior from other major cities of the country.

Gwalior Fort : Standing on a steep mass of sandstone, Gwalior Fort dominates the city and is its most magnificent monument. It has been a scene of momentous events : imprisonments, battles and jauhars. A steep road winds upwards to the Fort, flanked by statues of Jain tirthankaras, carved into the rock face. The magnificent outer walls of the Fort still stand, two miles in length and 35 feet high, bearing witness to its reputation for being one of the most invincible forts of India. This imposing structure inspired Emperor Babar to describe it "the pearl amongst the fortresses of Hind."

Gujari Mahal : Within the fort are some marvels of medieval architecture. The 15th century Gujari Mahal is a monument to the love of Raja Mansingh Tomar for his Gujar queen, Mrignayani. After he had wooed and won her, so the story goes, Mrignayani demanded that he build her a separate palace with a constant water supply from the River Rai, via an aqueduct. The outer structure of the Gujari Mahal has survived in an almost total state of preservation; the interior has been converted into an Archaeological Museum.

Sarod Ghar : This Museum of Music has been set up in the ancestral house of Ustad Hafiz Ali Khan.It houses instruments and photographs of the past masters of Indian classical music,giving music lovers an opportunity to undersatnd the evolution of the art

Sun Temple : A reproduction of the famed Sun Temple in Konark,its red sandstone exterior make it an absolutely unforgettable sight.

Jai Vilas Palace:  A splendour of a different kind exists in the Jai Vilas Palace, current residence of the Scindia family. Some 35 rooms have been made into the Scindia Museum, and in these rooms, so evocative of a regal lifestyle, the past comes alive. Jai Vilas is an Italianate structure which combines the Tuscan and Corinthian architectural modes. The imposing Darbar Hall has two central chandeliers, weighing a couple of tonnes, and hung only after ten elephants had tested the strength of the roof. Ceilings picked out in gilt, heavy draperies and tapestries, fine Persian carpets, and antique furniture from France and Italy are features of these spacious rooms.

Tansen Memorial : The father of Hindustani classical music, the great Tansen, one of the 'nine Jewels' of Akbar's court, lies buried in Gwalior. The memorial to this great musician has a pristine simplicity about it, and is built in the early Mughal architectural style. More than a monument, the Tansen's Tomb is part of Gwalior's living cultural heritage; it is the venue of a music festival on a national scale held annually in November-December. Leading musicians of the country gather here to give performances during the festival.

Shivpuri(112 Km) :This quaint little town used to be the summer capital of the Scindia rulers of Gwalior. A natural choice obviously, with its luxuriant forests and hilly environs. There is a National Park here, the   Madhav National Park, which not only provides sanctuary to the wildlife but to the avifauna as well. There are beautiful carved cenotaphs erected in memorium by the Scindia rulers. Also worth visit are the Madhav Vilas Palace, George Castle, Bhadaiya Kund and Sakhya Sagar Boat Club.

Datia(69 Km) : Known in Mahabharata as Daityavakra,  Daita is known for its seven-storied palace of Raja Bir Singh Deo. This structure is a unique example of 17th century architecture. And if you happen to be a temple freak, do visit the Gopeshwar temple.

Orchha(120 Km) :Lying on the road to Khajuraho,  Orchha is famous for its palaces and temples built in the 17th and 18th centuries. Once the capital of the Bundela Rajputs, later under Mughal rule, some of its palaces contain murals of the Bundela school. Particularly worth visiting  are the Jehangir Mal, built  to commemorate Emperor Jehangir's visit in the 17th century; the Chaturbhuj Mandir and the Lax Mandir.