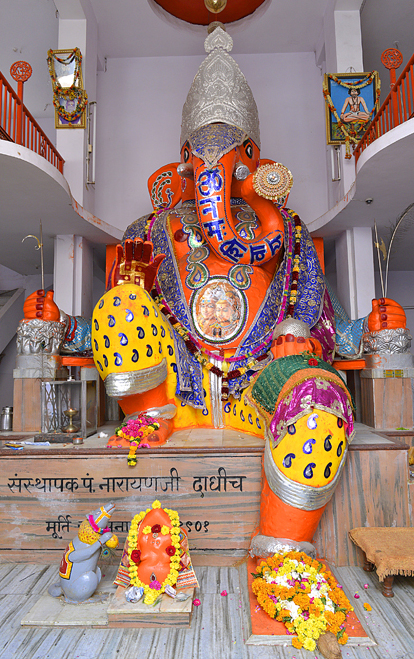 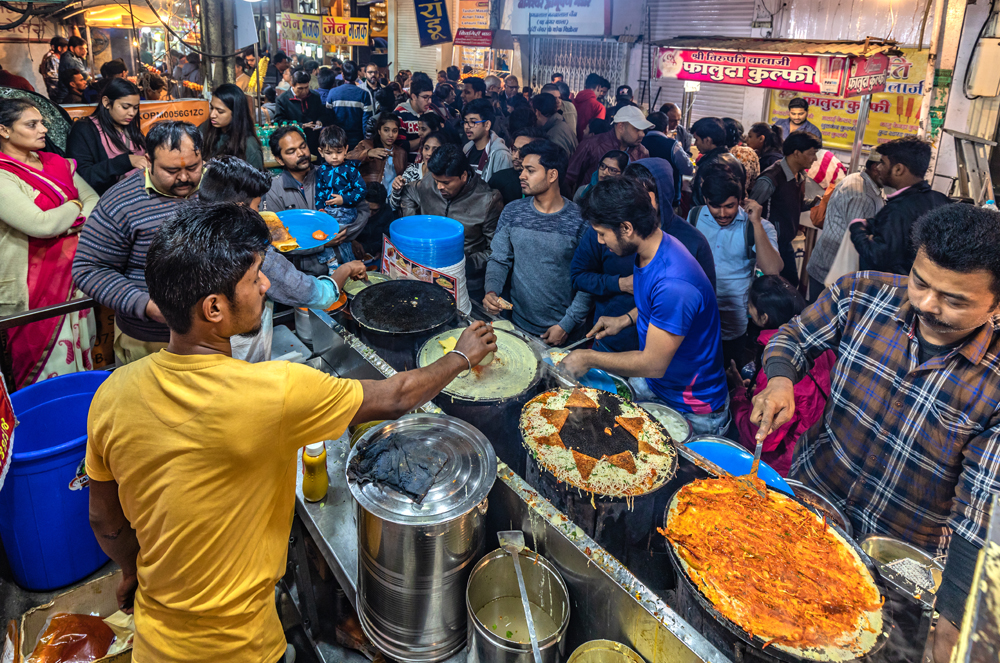 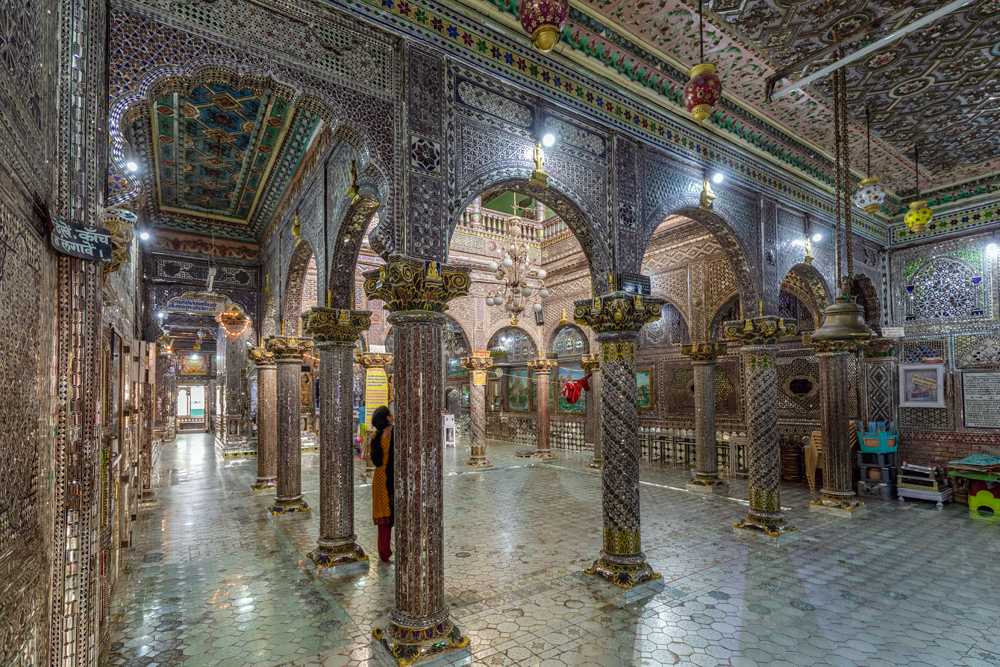 Destination Details
Tour in and around Indore
Hotels in Indore

It is the largest city in the state of madhya pradesh

Its signature cuisine, found at sarafa bazaar, is popular across the nation

Numerous maratha era architectural marvels are sprinkled in the city

Home to The Kanch Mandir, which is made entirely of glass and mirrors

Birth-land of The Indore Gharana of the Hindustani Classical Music

A trading hub between the Deccan and Delhi in the 16th century, the city of Indore was discovered by Rao Nandlal Chaudhary in mid-1710. Rani Ahilya Bai Holkar, with her keen interest in education and planning, built this city.

Today, Indore, the state’s largest city, offers a spectacle of majestic palaces co-existing with commercial centres. Apart from being considered as the state's commercial capital, it is also known for mouth-watering culinary experience. It is in the first 20 cities to be developed as smart cities.

Indore, with its abundance, will make you ask for more, like you did as a child for your favourite dish.

Planned and built by Rani Ahilyabai, the brave Holkar queen, Indore lies to the extreme west of Madhya Pradesh on the banks of the rivers Saraswati and Khan which unite at the centre of the city. The bustling and vibrant city, 186 km from Bhopal, derives its name from the 18th century Indreshwar temple.

The history of Indore is inseparable from the history of the Holkar State. The founder of the House of Holkars was Malhar Rao Holkar, born in 1693 AD. His soldierly qualities brought him to the forefront under the Peshwa and he was rewarded with the gift of territories comprising the Indore region. Malhar Rao was succeeded by his grandson, on whose death, without issue, his mother, Maharani Devi Ahilya Bai ascended the throne.

Ahilya Bai was one of the foremost Maratha personalities and an extraordinary woman ruler of India. Her cherished desire was to promote the prosperity of the region and its people. She was the rare Indian royalty who was deified in her lifetime.

Though Ahilya Bai loved Indore immensly, it was only after her death that the State capital was shifted from Maheshwar to Indore in 1811 AD. Today, her statue adorns the centre of the city, Rajwada. Indore continued to be the State capital until the formation of Madhya Bharat State in 1948.

By Air : Indore is well connected by flight to major cities like Bhopal, Gwalior, Ahmedabad, Hyderabad, Kolkata, Nagpur, Jaipur, Raipur Delhi and Mumbai. The airport is just 8 kms away from the city.

By Rail : Indore is connected to most major cities like Mumbai, Pune, Nagpur, Delhi, Jaipur, Ahmedabad and Vadodra to name a few. The station is divided into metre gauge and broad gauge. Khandwa and Ratlam are the two major junctions on the metre gauge.

By Road : Indore is well connected to other cities of the state through state and national highways. Other than that there is a bus/cab service to cities like Bhopal, Gwalior, Ujjain and Sanchiamong others.

Lal Baag Palace : Lal Baag Palace is one of the grandest monuments the Holkar dynasty left Indore. A reflection of their taste, grandeur and lifestyle, its construction began in 1886 under Tukoji Rao Holkar II, and was carried out in three phases. The final phase was completed in 1921 under Tukoji Rao Holkar III. Many royal receptions were held here. It has a total area of 28 hectares, and at one time it had the reputation of having one of the best rose gardens in the country.

Bada Ganpati Temples : Better known for its size than antiquity, this temple houses perhaps the largest Ganesh idol in the world measuring 25 feet from crown to foot. Created as a result of the dream of an Avantika (Ujjain) resident, Shri Dadhich, it was built in 1875.

Kanch Mandir : This Jain temple is an architectural marvel in glass. The walls, ceilings, floors, pillars and door knobs are entirely inlaid with glass. Even paintings are done in glass. Atop is a special glass chamber which multiplies the three statues of Lord Mahavira installed there into an indefinite number (said to be visible upto 21 times, corresponding to the 21 tirthankaras).

Town Hall : Made in 1904 and originally named King Edwards Hall, it was renamed Mahatma Gandhi Hall in 1948. Its architectural style is Indo-Gothic. Made in Seoni stone, its domes and staples are a landmark of Indore today. It has a four-faced clock tower in front, because of which it is locally known as Ghanta Ghar.It is frequently the venue for the various book and painting exhibitions, fairs and festivals held throughout the year. The building also has a library, a children's park and a temple.

Central Museum : The Indore Museum houses the finest collection of Parmar sculptures from Hinglajgarh. The Parmar style originated here, and is characterized by proportioned figures, carefully and ornately depicted in stone. The museum is also known for its collection of coins, arms and armour.

Gita Bhavan : Adorned with many statues of gods of various religions, its construction is inspired by the religious motto "many names to a God is after all of one God."

Chhatris : Chhatris are the tombs or cenotaphs erected in memory of dead Holkar rulers and their family members. The Chhatris picturesquely poised on the Khan river banks near Rajawada are incomparable in terms of Maratha architecture and sculpture of their period. At Chhatri Baag is the main collection of tombs housed in two compounds. Close by is the beautiful Bolia Sarkar's Chhatri constructed in 1858 AD in memory of Sardar Chimnaji Appa Sahib Bolia.

Annapurna : This temple was inspired by the Meenakshi temple of Madurai. Four life-sized elephants hold an ornately decorated gate in plaster. Inside the temple of Annapurna Devi are also temples of Shiva, Kal Bhairava, Hanuman and a Pravachan Hall. The outer wall of the main temple is decorated with colourful motifs from mythological stories.

Khajrana : The citizens of Indore have great faith in this Ganesh temple, built during the reign of Ahilyabai Holkar. It is believed that all wishes are fulfilled by praying here. Nearby is the dargah of Nahar Sayed. This is an important pilgrimage place for Maita Muslims.