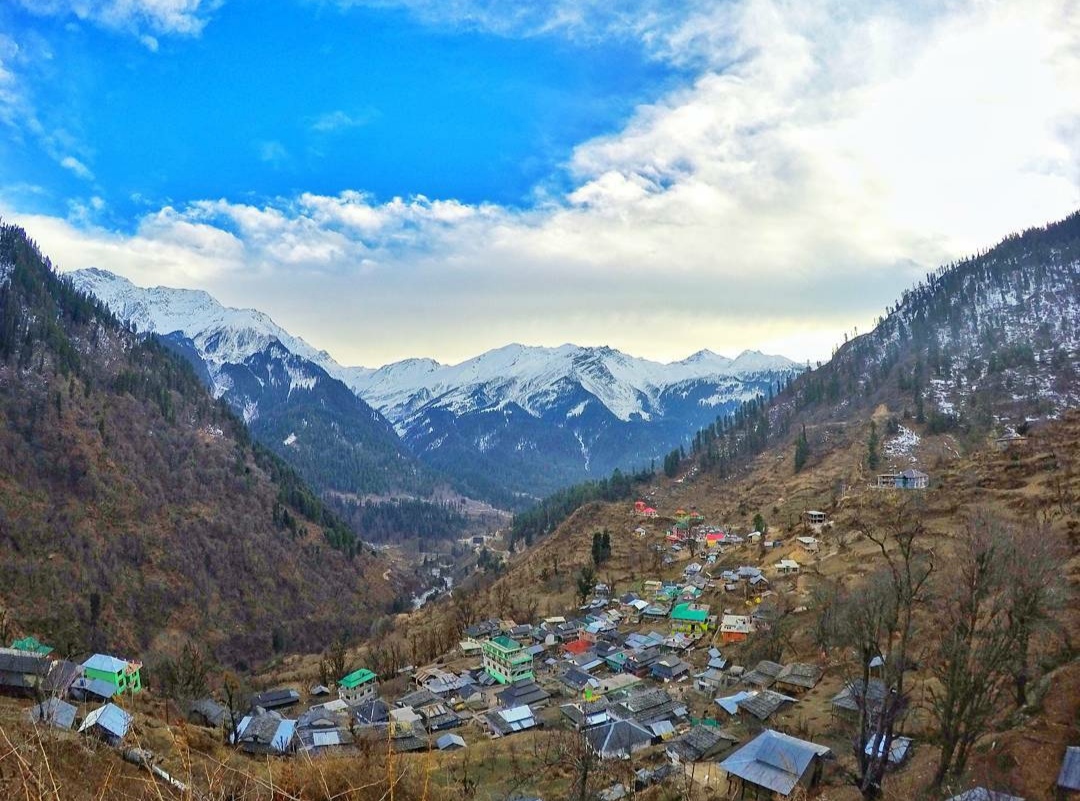 Kasol is a hamlet in the district Kullu of the Indian state of Himachal Pradesh. It is situated in Parvati Valley, on the banks of the Parvati River, on the way between Bhuntar and Manikaran. It is located 30 km from Bhuntar and 3.5 km from Manikaran. Kasol is the Himalayan hotspot for backpackers. and acts as a base for nearby treks to Malana and Kheerganga. It is called Mini Israel of India due to a high percentage of Israeli tourists here.

Kasol has good weather throughout the year and receives a fair amount of snowfall from late December to February. Köppen-Geiger climate classification system classifies its climate as humid subtropical

By Air : The Chandigarh Airport is the closest and is located 270 kilometres away.

By Road : You can hop on to a bus from almost any city in and around Himachal and get here. These include Shimla,Manali