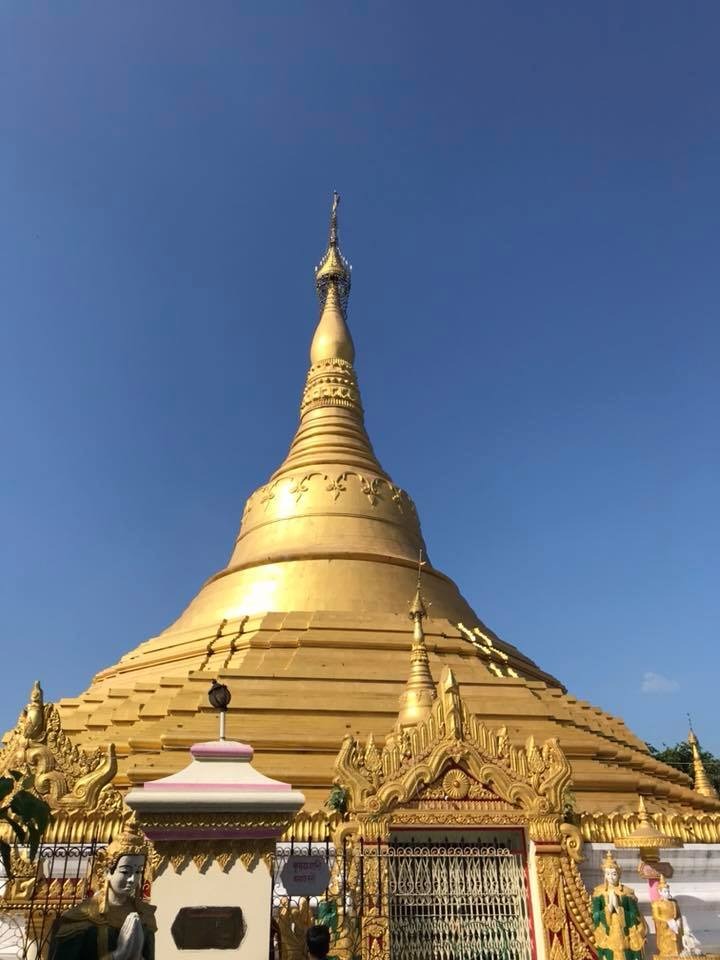 Kushinagar - Set against a pastoral landscape, the small hamlet of Kushinagar, 53 km west of Gorakhpur, is revered as the site of the Buddha's Mahaparinirvana, his death and cremation, that marked his final liberation from the cycles of death and rebirth.

During Buddha's lifetime, Kushinara, as it was then called, was a small town in the kingdom of the Mallas, surrounded by a thick forest cover. It remained forgotten, until the late nineteenth century, when archaeologists rediscovered the site, and began excavations.

Today, Kushinagar is rediscovering its roots, as a center for international Buddhism, and is home to many viharas, including a Tibetan gompa devoted to Sakyamuni, a Burmese vihara, and temples from China and Japan.

By Rail : Kushinagar does not have a railway station and one has to go to either Deoria (35 Km) or Gorakhpur (53 km) which are linked with important destinations.

By Road : Situated on National Highway No. 28. There are frequent bus services to Gorakhpur and other cities. Road distances to some important cities are: Gorakhpur-53 km, Lumbini (Nepal)-170 km, Kapilvastu-157 km, Sravasti-253 km, Sarnath 274 km,Lucknow-352km,Sonauli-150km,Bodh Gaya(Bihar)-350km.

Nirvana Temple : Set in a leafy park at the heart of Kushinagar, the Nirvana Stupa, dating back to the reign of Kumaragupta I (413-55AD), enshrines a giant statue of the Buddha, in a reclining position. It was extensively rebuilt, by Burmese Buddhists, in 1927. The surrounding area is strewn with Stupas, erected by pious pilgrims, and ruins of four monasteries.

Rambhar Stupa : About 1.5 km southeast of the Nirvana Temple, surrounded by rice, wheat and cane fields, lies at the Rambhar Stupa. It was popularly believed to be the place, where Buddha was created by the Mallas.