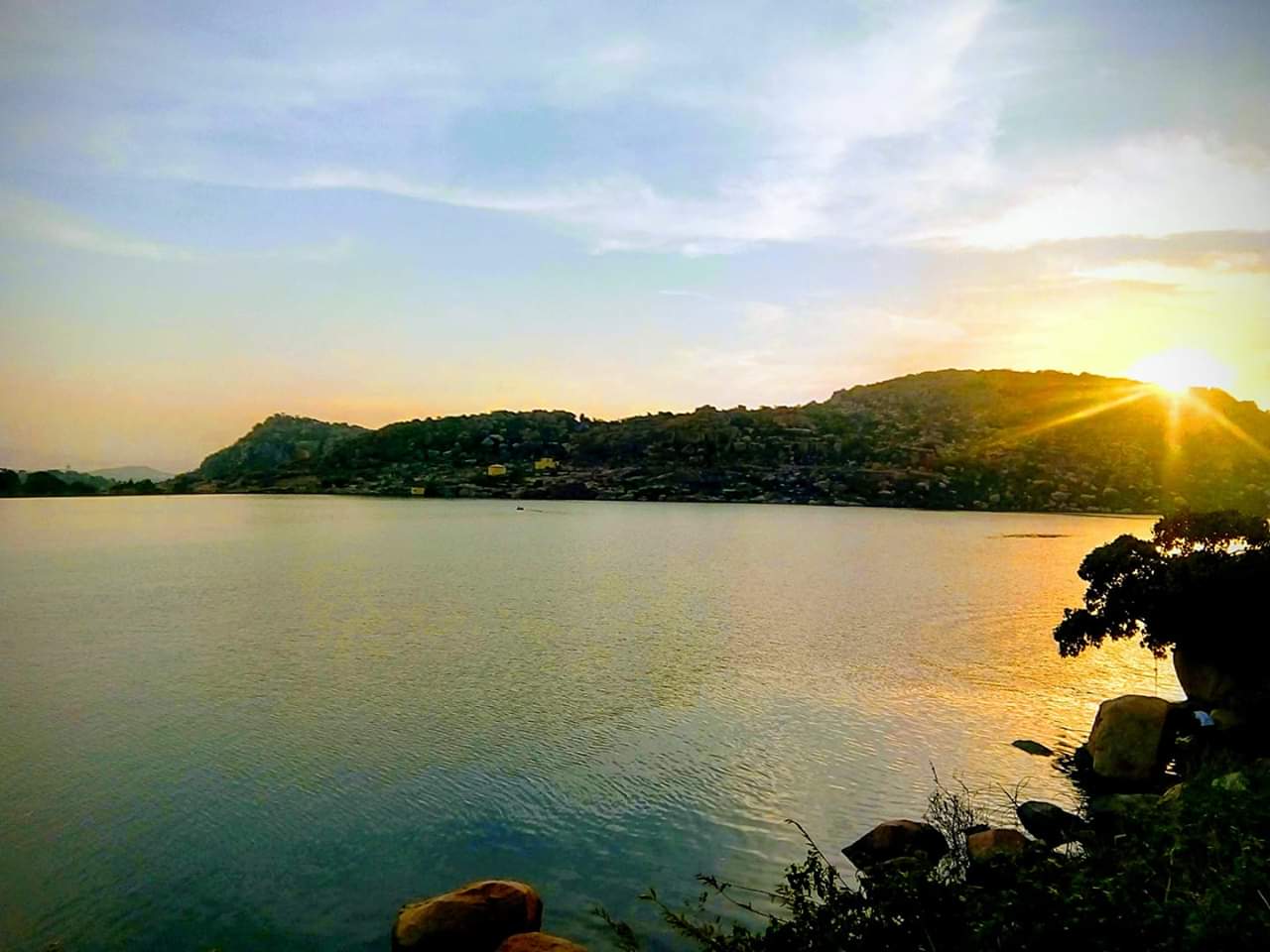 Little India welcomes you to unique experience of Singapore. Here, the heartland of the Indian community is cacophony of colours, sounds and scents.

You can find the spiritual interwoven with the material needs and practices of the people as well as shop for the unexpected an the unusual. You'll discover an array of Indian silks, brassware and bangles that will fascinate you. Or simply find out what goes on behind temple doors.

Follow your nose to excellent restaurants in Little India serving North and South Indian cuisine. Witness living tradition when you visit one of the last-known Indian spice grinders and itinerant yoghurt-sellers.

The possibilities are endless. So take a stroll with us in Little India. This proposed route you about an hour to get through and a little longer if you linger to soak in the atmosphere. If you have more time, explore other exciting places in Little India just India just outside our main route. Note that on Sundays Little India can become rather crowded when all the Indian foreign workers go there to shop, eat or simply catch up with friends. We hope that after your tour with us, you'll find yourself coming back to Little India for more.

When Sir Stamford Raffles sailed into Singapore in 1819, with him was an entourage of 120 Indian assistants and soldiers. These were among the first Indian settle in Singapore, and they resided mainly in the area near Chulia Street in Chinatown, Which Raffles had originally designated for the Indian community. In the late 19th century, many more Indian migrants came to Singapore to find work, be it to build roads, clear swamps or to take up key positions in the civil service.

Two major reasons for the influx of Indians into the site where Little India stands today were the introduction of cattle-rearing on the fertile land near Rochor River by wealthy cattle merchants such as Mr Belilios (a Jewish Indian from Calcutta), and the building of the Race Course for the Europeans nearby in 1843. Immigrants from Calcutta, Madras and Malaya flocked here and by the turn of the century, this area, once covered in gambier, banana and vegetable plantations, had become a flourishing commercial centre for the Indian community. Spreading out from both sides of Serangoon Road, this little enclave of the Indian community became fondly known as Little India.

Do not carry goods for other people. If the goods are or contain dutiable, controlled or prohibited items, you will be held responsible. Under the Singapore law, the penalty for the illegal importation of controlled drugs such as heroin or morphine is death.

Under the Singapore law, you are required to open, unpack and pack your baggage when the checkpoint officer wishes to conduct an examination of your baggage. This is to give you full control over the entire proceeding i.e. you can determine the manner of the opening, unpacking and packing of your personal belongings. This would also prevent any unintentional damage to your baggage or belongings.

A passenger service charge of SGD21 should be incorporated in the air ticket (including tickets issued outside of Singapore). If this has not been done, you may be required to pay the SGD21 during check-in. In some cases, the airline may absorb the service charge. Passengers who are in transit for less than 24 hours may leave the airport without having to pay the service charge upon departure from Singapore.

Baby-sitting services are provided in most hotels.

Most banks handle travellers' cheques and change foreign currencies. However, some banks do not have foreign exchange dealings on Saturday.

Passports are required when cashing travellers' cheques. A nominal commission may be charged.

Major cards are widely accepted by establishments in Singapore. Should any shop insist on adding a surcharge, contact the respective card company to report the errant shop-owner.

Other than the Singapore Dollar, the US and Australian Dollars, Yen and British Pound are also accepted in most major shopping centres and big departmental stores.

It is perfectly safe to drink water straight from the tap in Singapore. However, for those who prefer bottled mineral water, local supermarkets and grocers always have ample stocks.

Singapore's medical facilities are among the finest in the world, with well-qualified doctors and dental surgeons.

Pharmaceuticals are available from numerous outlets, including supermarkets, department stores, hotels and shopping centres. Registered pharmacists work from 9 am to 6 pm.

Most hotels have their own doctor on-call around the clock. Other doctors are listed under Medical Practitioners in the Yellow Pages of the Singapore Phone Book. For an ambulance, dial 995

Singapore has a warm and humid climate throughout the year with a daily average temperature range of 24 degrees Celsius to 32 degrees Celsius. Light and summer clothing made from natural fabrics like cotton is best for everyday wear. Casual dress is acceptable for most situations and occasions but some establishments may require a more formal dress code. It is always advisable t

Animal Kingdom:  The Singapore Zoological Gardens, an open-concept zoo which is home to more than 2,000 creatures, has attracted international acclaim because of its clever use of rock walls and streams as natural barriers.

Next to the Zoo is the Night Safari, another world-class attraction, where you can look a single-horned rhinoceros in the eye, prowl through the dark with a pack of striped hyenas and look out for leopards.

The Jurong BirdPark is one of the world's largest and most impressive aviaries, and a refuge for over 8,000 birds of 600 different species from all over the world.

Butterfly park and  Insect Kingdom: Like an emergent butterfly, the newly-transformed Butterfly Park & Insect Kingdom promises to be an experience you won’t forget. Be dazzled by the riot of colours as thousands of tiny wings flutter around you as you stroll through the natural environment – amidst waterfalls and flowers in bloom – where these fragile specimens thrive in.

Get acquainted with the history of these creepy-crawlies at the Insect Revolution exhibit and see how they have evolved through the ages. Special highlights on display include complete sets of insect fossils dating back million of years.

The park will also be the first in the world to showcase a 70m-long cave housing live insect specimens in their natural habitat. Visitors can get up close and personal with the Rhino Beetles, Giant Spiders and scorpions. As you venture further into the dark, discover Fireflies which serve as guiding lights.

For the more adventurous, participate in the twice-daily Stage Shows where you can learn how to handle giant scorpions, beetles and other insects. Try picking up a stick insect at the Stick Insect Safari, that is only if you can spot these cleverly-camouflaged creatures!

Getting There: Take Sentosa Bus from the World Trade Centre Bus Terminal or Tiong Bahru MRT.

On Sentosa, take the monorail to Station M3 or by bus on the Blue or Green Lines

Jurong Bird Park  : One of Asia Pacific's largest and most impressive bird parks, Jurong BirdPark offers visitors an experience that is entertaining as well as educational. Its landscaped environment is home to over 8,000 birds from 600 species, displayed in huge enclosures. The bird shows at the Pools Amphitheatre featuring flamingoes, macaws, hornbills and cockatoos are both spectacular and funny, and recommended particularly for children. To watch magnificent birds of prey in action, catch the 'Fuji World of Hawks' show!

The Southeast Asian Birds Aviary houses in its 24 individual aviaries and a main walk-in aviary, more than 100 species of birds from the equatorial jungles of Southeast Asia. The birds' natural equatorial habitat is re-created within this exhibit, including simulated tropical thunderstorms everyday at noon. Another walk-in aviary not to be missed is the Waterfall Aviary, home to more than 1,500 free-flying African birds.

The latest offering from Jurong BirdPark is an all-new breakfast programme complete with a star-studded bird cast. Known as "Pelicans, Parrots and Prata", the programme takes place at the Songbird Terrace overlooking the Flamingo Lake, with breakfast available from 8 am to 10.30 am and the show beginning at 9.30 am. The breakfast buffet is priced at SGD 13.50+++ (adult) and SGD 9.50+++ (child). Prices quoted do not include admission to the Park. For reservations, call (65) 6264 2055. For a sumptuous lunch, try the international buffet or a la

Shopping: Shopping is one of the greatest pleasures in Singapore. Part of the fun is the excellent buys and great variety of shops all over the island. Delight in a bargain at a little neighbourhood shop, pick up a quaint item or two as you stroll through colourful ethnic quarters, discover favourite buys of the droves who flock to our modern malls or be enthralled by the splendour of whole shopping "cities" selling everything under the sun.

Many top hotels also have an attached shopping arcade with fine boutiques specialising in designer fashion, accessories, jewellery and watches.

And designer brands from the fashion runways of the world can be affordable - if you know where to look. Find them at the growing number of discount shops around the city. The magic is affordable in Singapore.

Singapore's Central Shopping Belt extending from Tanglin Road all the way down Orchard Road and Bras Basah Road to Marina Bay has been tagged Fifth Avenue, Regent Street, Champs-Elysees, Via Veneto and Ginza for good reason.

This is where world-class shopping abounds. A day spent browsing and buying turns into an unforgettable experience as theme designer boutiques, local and international department stores, speciality shops and bargain counters compete with outdoor cafes and gourmet restaurants for your attention.

Great shopping in Singapore isn't confined to just Orchard Road and its surroundings. Quality goods at prices that won't burn a hole in your pocket can be found in lots of places around the city centre. The Riverside area by River Valley Road is home to both some of the newest as well as the oldest shops in Singapore. Look in the heart of the financial district around Raffles Place and Shenton Way where the office crowd throngs the shops for a surprising variety of goodies.

If you're prepared to venture further afield, you can combine shopping with a little off-the-beaten track sightseeing as well. In fact, you'll discover some of the best bargains where most Singaporeans live, eat and shop - out in the heartlands of Singapore.

These suburban shopping centres offer a surprisingly comprehensive range of items from branded to electronic goods at prices to delight the value-conscious and determined bargain hunter. Business hours vary from shop to shop but as a general guide, most shops are open from 11am to 9pm.

Town centres in the larger estates of Tampines and Bishan are easily accessible by MRT. Shopping at these bustling town centres is a fascinating experience, providing insight into the local lifestyle and a chance to mingle with Singaporeans at their most comfortable. You also reap another benefit - the opportunity to tuck in "local style" at the numerous food centres and informal coffee shops