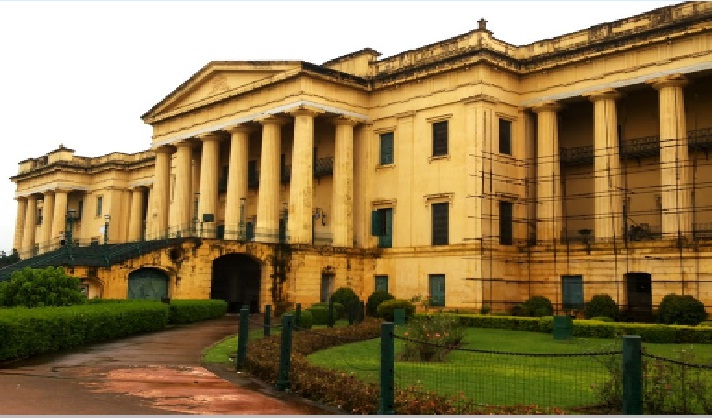 The last capital city of independent Bengal before British rule was named after Nawab Murshid Quli Khan, the Dewan of Bengal, Bihar and Orissa. Situated on the banks of the Bhagirathi, it is a city of splendours and is famous for its silk. It was made the capital of Bengal in 1717. The British shifted the capital to Kolkata in 1773. Plassey (Palashi), where the historic battle was fought in 1757 between Nawab Siraj-ud-Doula and Lord Clive of the East India Company, is only 40 km south of Murshidabad.

By Air : The Nearest Airport is Kolkata Airport 205 kms

By Rail : The Nearest Railway Station is Murshidabad

By Road : You can easily get regular buses to Murshidabad from other major cities of the country.

The Hazarduari Palace : The palace with a thousand doors, is the chief tourist attraction of Murshidabad. Built in 1837 by Duncan McLeod for the Nawab Najim Humaun Jah, a descendant of Mir Zafar, it has a thousand doors (Only 900 are real) and 114 rooms and 8 galleries. It is now a museum and has an exquisite collection of armour, aplendid paintings, exhaustive portraits of the Nawabs, works of art that include beautiful works of ivory from China and many other valuables.

Nizamat Imambara : Stands parallel to the north face of the Hazarduari Palace. Built in 1847 AD by Nawab Nazim Mansoor Ali Khan Feradun Jah, it is the largest Imambara in Bengal and is perhaps the largest in India.Around the palace are other attractions such as the Wasef Manzil by the bank of the Ganga, Tripolia Gate, the Dakshin Darwaza, the Chak Darwaza, the Gharighar, the Bachchawali Tope (a canon) and the

Madina : The only surviving structure built by Siraj-ud-Doula.

Katra Mosque : On the Berhampur-Lalgola Road, which was built by Nawab Murshid Quli Khan in 1723-24, is a gorgeous building with its huge domes and high minarets. A simple cemetery of the Nawab can be found below the front staircase.

Chandannagore  : On the bank of the river Hooghly, which was once a French colony, has beautiful churches, convents and French-built residences.