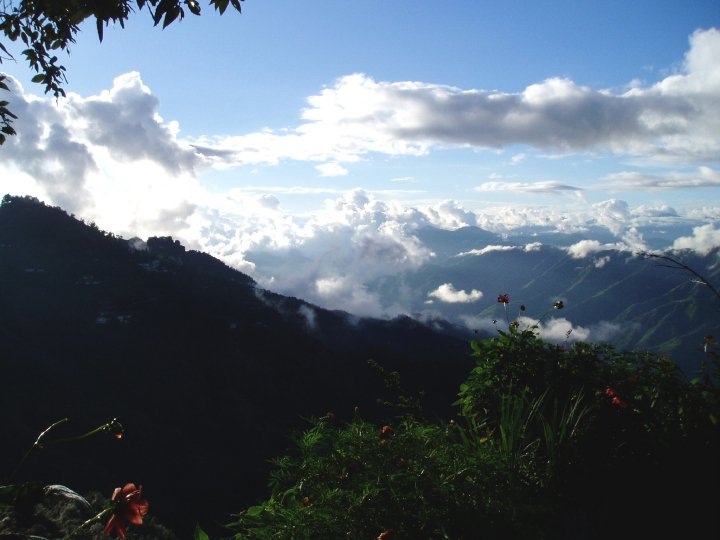 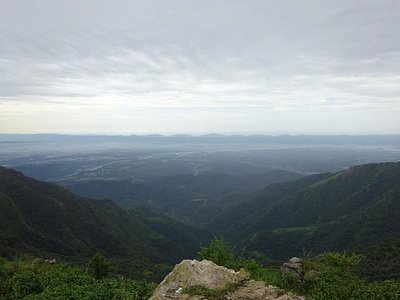 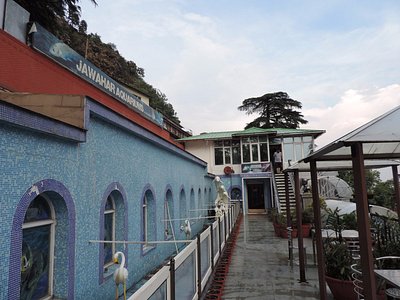 Mussoorie, Queen of the Hills, located some 290 km north of New Delhi, is among the most popular hill stations of the country. It is a captivating paradise for leisure travellers and honeymooners. A perfect summer resort and a major educational and cultural centre has been rolled into one hub. Located on a 15 km long horseshoe ridge with the grand Himalayas as a backdrop, the colonial hill resort of Mussoorie spreads across at a height of 2,005.5 m above sea level. From this vantage point, Mussoorie offers superb scenic view of peaks of the Himalayas in western Garhwal. Mussoorie boasts of some of the most spectacular views of the Himalayas. Hill ridges, irregular in shape and partly wooded, form layer after layer to the horizon, where snow capped mountain peaks are visible as though you can touch them. From West to East, the mighty peaks of Bandar Poonch, Srikantha, the Gangotri group and the Chaukhamba present a mesmerizing panorama. 34 km from Dehradun, Mussoorie overlooks the majestic Doon valley to its south and the impressive Himalayas up north. The mountains beckon climbers, trekkers and adventure sport enthusiasts. Trekkers begin their journey into the popular trekking area of Hari-ki-Doon with its snowscapes and verdant-forested slopes from Mussoorie. The holy River Ganga is visible from one end of the ridge and Yamuna from the other, a stretch of around 20 km in all, from Cloud's end in the west to Jabarkhet in the east.

One of the most easily accessible hill stations in Northern India, during the peak tourist season, Mussoorie becomes a bustling resort with hordes of holiday-makers ambling down the central Mall. The suburban area of Landour, about 300 m away from the main town, is quieter and has managed to retain some of its old colonial charm. Surrounded by lush wooded expanses and winding lanes, it offers exclusive opportunities for quiet walks. It overlooks the sprawling Doon valley and the city of Dehradun, the gateway to Mussoorie and to entire Garhwal

By Air : The Nearest Airport is Dehradun Airport 32 kms

By Road : You can easily get regular buses to Mussoorie from other major cities of the country.

Gun Hill : Gun Hill is the second highest peak of Mussoorie. The Mall is the starting point for the cable car towards the summit of Gun Hill. The thrill of the ride is memorable and offers beautiful views of the Himalayan Ranges.

The Mall : The Mall is the main shopping area in Mussoorie. The Mall Road connects the two bazaars, Kulri and Library. It is the heart of the town. Alongside the Mall is the tourist office, rows of Tibetan trinket and sweater vendors and shops selling walking sticks and cane items. Cycle rickshaws can be seen here, plying down the Mall. The Mall is the starting point for the cable car towards the summit of Gun Hill, 2142 m above sea level. On clear days, the peaks of Kedarnath, Badrinath and Nanda Devi can be seen from this hill clearly.

Landour : Landour is situated at the east end of town, situated at an altitude of 2270 m above sea level. Landour is an Indian style bazaar. Woodstock School, an international school which has a sister school in Kodaikkanal in South India, is also located here. The Convent Hill and Happy Valley are also situated here where the Tibetan refugees have settled.

Camel's Back Road : Camel's Back Road is suitable for horse riding, walking and beautiful sunset views of the Himalayas. A superb rock formation, with a life-like resemblance to a sitting camel can be seen from this spot.

Lal Tibba : Lal Tibba is the highest hill and situated at an altitude of 2438m above sea level. The view to the north and the snow-capped peaks is stunning and best at sunrise.

Jwalaji Temple : The Jwalaji Temple is situated on the top of the Benog Hill and has an idol of Mata Durga. The temple is surrounded by the thick forests and offers a panoramic view of the Himalayan peaks, Doon valley and Yamuna valley.

Tibetan Temple : This temple is located in Happy valley area of Mussoorie. Both Municipal gardens and Tibetan temple can be seen in one day. They are located one kilometer from Lal Bahadur Shastri National Administrative Academy. The Tibetan temple is evidence to rich Tibetan cultural heritage.

Cloud's End : A British major had a building constructed in 1838. This beautiful building was converted into hotel and was named Cloud's End. It got the name because it appears that the clouds have ended here. From this place one can have a good view of the valley. Cloud's End is located some eight kilometers west of Mussoorie hills. Due to its location, at the end of horizon, it is very popular among the Honeymooners and Foreign tourists.