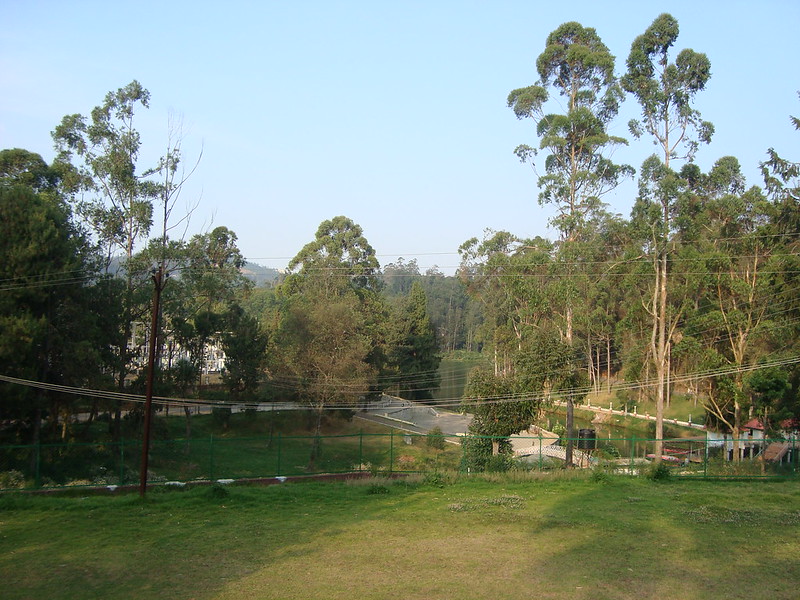 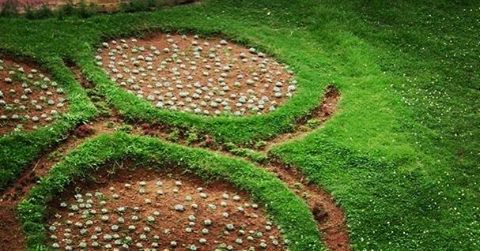 Called the 'Queen of Hill Stations' picturesque, green Udhagamandalam better known as Ooty is the most popular hill station in the South. Located in the Western ghats at a height of 2240m, Udhagamandalam is the headquarters of the Nilgiris district where the two ghats meet. Nature has been generous with this region which is by far the most beautiful in the state. Apart from coffee andtea plantations, trees like conifers, eucalyptus, pine and wattle dot the hillside in Udhagamandalam and its environs. Summer temperature is rarely higher than 25°c with a minimum of 10°c and winter is are distinctly cooler with a high of 21°c and a low 5°c. Curiously enough, this slice of paradise remained unknown to the great southern dynasties and it took the British to discover it in the early 1800s. They were however, not the first inhabitants of this land as a tribe called Todas had been living there long before the British came, claiming that the Nilgiris had been their home since time immemorial. But the credit for modernising Udhagamandalam and making it accessible goes to the British who constructed the first railway line in the area and made it the summer capital of the Madras Presidency.
When in need of a hustle free break, head towards the green ensconced trails of Ooty located in Tamilnadu, north of Coimbatore. It is one of the south India’s best and the most famous hill stations. The journey to Ooty is romantic climbing the hills as you visualize the stunning scenic be

By Air : The Nearest Airport is Coimbatore 90 kms away.
By Rail : The Nearest Railway Station is Udagamandalam (UAM), Lovedale (LOV) & Mettapulam.
By Road : Ooty is well connected to other major cities of the country via regular buses.

Doddabetta: It’s the highest peak of Nilgris located 2600 meters above the sea level. The thrilling experience to reach the peak takes you through few hairpin bends. The telescope house at the top helps you explore the scenic beauty of the surroundings. Be early before the mist could hide the scenes from your eyes.
Botanical Garden: A place to explore all the living natural fauna of Nilgris with a variety of flowers, trees, plants, shrubs, ferns, grass carpet, orchids and nurseries. There is also a paper bark tree, the monkey puzzle tree and a fossilized tree trunk which is believed to be around 20 million years old. In fact, this garden is a home for around 650 species of plants and trees. The garden is too huge but it is beautiful and well maintained.
Ooty Lake: It’s a pleasing body of water surrounded by beautiful trees. At the far end is the Boat House, where all kinds of boats are available for hiring. If boating, sun bathe and lazing around is what you are looking for, and then this lake is the perfect spot for you.
Government Museum: It’s a place filled with arts, crafts and rare tribal objects to learn and have fun. (I am sending you books on Ooty, you can read more about the Museum and add more contents to it)
Pykara Waterfall: The soft and elegant flow of water is a visual delight. It’s a perfect spot for photography and you will be enamored with its serenity. (need to add more contents)
Mudumalai Wildlife Sanctuary (A day excursion from Ooty): It is the first sanctuary of South India. The living flora and fauna of Nilgris can be spotted here. Spindly trees, tigers, panthers, wild boars, crocodiles, elephants and lots more. The sanctuary also holds other scenic spots like Moyar Waterfalls, Ombetta swamp, Theppakad elephant camp etc.. The birds listed in this sanctuary include Peacock-our National bird, Grey Jungle Fowl, Red Spur Fowl, Grey Partridge Quails, The Magpie-robin, Spotted Babbler, Small Green Barbet, Green Pigeons, Brown Dove, Malabar Grey Hornbill, King Vulture.
St.Stephen’s Church: The oldest church of Nilgris which is built during 1820 by the massive main beam and other timber taken from Tipu Sultan’s palace. It has beautiful stained glass windows and the gravestones of the English colonists which give a real snapshot of their lives. The most significant feature of the St. Stephen’s Church, Ooty is the presence of the Clock Tower which marches forth of time but shows men the right time. There are nine tubular bells in the Church rings with the devotee’s prayer.