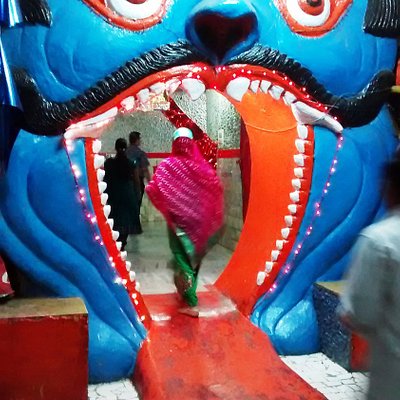 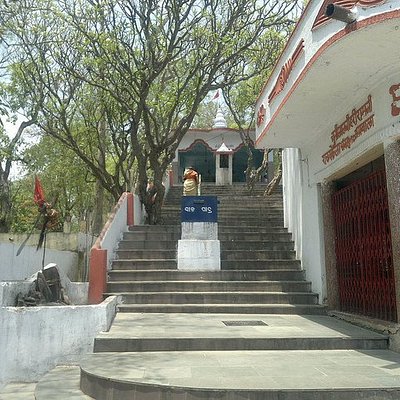 Rourkela City - Towards the north of Sambalpur, 192 km, is a tribal heartland, the Sundargarh district and its undulating hills enriched with the deposits of valuable minerals. It remained virtually untouched of civilization till the time of setting up of the first public sector steel plant at Rourkela in 1955. Comprising of two former princely states of Gangpur and Bonai, the Sundergarh district enables one to have a glimpse of traditional tribal culture amidst the excitement of a modern settlement.

Rourkela is a large industrial town surrounded by a range of hills and encircled by rivers. The township has a beautiful park, a small zoo, a lake, aquarium, deer park and an industrial museum. The Asia's highest Human statue, about 22 m high stands within a temple complex at Hanuman Vatika. On the outskirts of Rourkela is a picturesque pilgrimage spot on the confluence of two rivers. About 28 km is the dam at Mandira offering boating facilities and one other at Pitamahal, 16 km away. There are a number of middle end and budget hotels and the basic infrastructure is reasonably good. The railway station at Rourkela is very close, just 1 km walk for the main Bisra Road.

By Air : The Nearest Airport is Ranchi Airport 230 kms

By Road : You can easily get regular buses to Rourkela from other major cities of the country.

Vedavyas (9 km) : Situated on the confluence of the rivers Sankha and Koel, Vedavyas is not only a place of natural beauty but also considered a ‘Tirtha’,a place of religious sanctity. A vedic Ashram and a school on the lines of Gurukula Ashram are the added attractions of the place. An ideal picnic spot, it is 5 km from Panposh.

Junagarh (180 km) : A fort of historical and archaeological importance with some ancient caves having marks of tantra worship. It is 4 km. from Hemagiri and 15 km from Kanika.

Pitamahal (16 km) : Famous for a small Dam project and ideal for outing.

Ushakothi (157 km) :  47 km from Sundargarh, the rock-cut caves contain some pictographic writings which are yet to be deciphered.

Mandira Dam (28 km) : Known for the Dam across the river Sankha, constructed for supply of water to Rourkela and other places in the vicinity. It presents a picturesque sight, ideal for holidaying and picnic. Boating facility is available in the lake on prior arrangements with the Dam Authorities. Permission to enter the Dam site is issued by the Officer-in-Charge at the main entrance.

Khandadhar (104 km) : 244 metres in height, the waterfall at Khandadhar is said to be the loveliest waterfall in Orissa and it is nice picnic spot.

Darjeeng (51 km) : 51 kms from Rourkela, on the banks of the river Bramhini, is another of Orissa's beautiful picnic spots. The presence of the picturesque Deodhar Gorge about 2 kms from Darjeeng is an added attraction.

Ghogar (27 km) : A gorge on the river Ib, extending over 5 Km, it is popular as a picnic spot. A naturally formed Siva Lingam of black granite worshipped by the local people, is an additional attraction