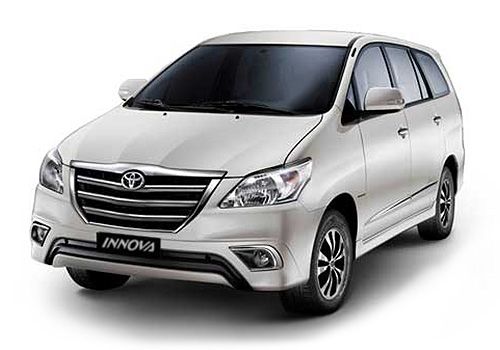 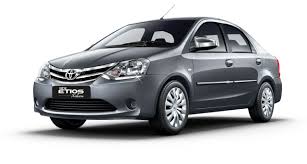 India has 3.32 million kilometers of road network, which is the second largest in the world. Roads occupy an eminent position in transportation as they, as per the present estimate, carry nearly 65% of freight and 85% of passenger traffic. Traffic on roads is growing at a rate of 7 to 10% per annum, while the vehicle population growth, for the past few years, is of the order of 12% per annum.
If you are new to India, it is important to familiarise yourselves with rules and regulations of the roads if you wish to drive. We drive on the right side of the road, and the cars, including the rental cars are right-hand drive vehicles. All distances, speed limits (and speedometers) are in kilometers. While driving on the road, wearing of seat belts is compulsory and usage of hand-held phones is banned.
Petrol (Gas) stations are situated on both main and country roads. It is advised to fill up the tank before it starts giving warning signals, as sometimes there is a considerable distance between the towns. Indian petrol stations are not self-help. A helper will check tyre pressure, oil and water, and fill the car, and if necessary, clean the windscreen.
After the railways, surface transport is the chief means of travel in India. It is a viable option to rent a car in cities, and fares are charged on a kilometer basis. In Delhi, Mumbai, Kolkata, Chennai and other major cities, metered taxis app based taxis, as well as luxury cars are easily available on hire. There are many rent-a-car services, with prominent international companies tying up with Indian firms to provide these services. You can hire a car for a full day or for a destination.
The states and union territories of India operate their own road transport corporations and transport undertakings, which run under the care of the respective state governments. Usually, the tickets to travel on the state road transport buses have to be acquired at the ticket counters in the respective bus depots. However, many of the state road transport corporations have their own websites, which provide information to citizens about bus schedules, bus fares, bus routes, etc. and some of them even offer the facility to book tickets online. For more information about state road transport corporations and transport undertakings, and the services provided by them, click on the respective states and union territories.
Roadway covers possibilities of exploring India by Road. It explains the types of vehicles available for self drive or with driver.

Road Regulations
The Rules Of The Road Regulations was brought into effect from July 1, 1988. It serves as a basic guide for the Indian driver, showcasing the rules which he has to follow, while on the roads. It deals with basic facts such as overtaking, traffic signals, towing, speed limits, the necessary documents to be carried while driving and other such neglected, but imperative points nonetheless.
Use Of Horns And Silence Zones
A driver of a vehicle shall not:
(i) sound the horn needlessly or continuously or more than necessary to to ensure safety;
(ii) sound the hirn in silence zones;
(iii) make-use of a cut-out by which gases are released other than through the silencer;
(iv) fit or use any multitoned horn giving a harsh, shrill, loud or alarming noise;
(v) drive a vehicle creating undue noise when in motion;
(vi) drive a vehicle with a muffler causing alarming sound.
Traffic Signs And Traffic Police
A driver of a motor vehicle and every other person using the road shall obey :-
(a) every direction given, whether by signal or otherwise, by a police officer or any authorised person for the time being incharge of the regulations of traffic;
(b) any direction applicable to him and indicated on or by notice, traffic sign or signal fixed or operated by an authority, competent to do so;
(c) any direction indicated by automatic signalling devices fixed at road intersections.
Distance From Vehicles In Front
The driver of a motor vehicle moving behind another vehicle shall keep at a sufficient distance from that other vehicle to avoid collision if the vehicle in front should suddenly slow down or stop.
Abrupt Brake
No driver of a vehicle shall apply brake abruptly unless it is necessary to do so for safety reasons.
Vehicles Going Uphill To Be Given Precedence: On mountain roads and steep roads, the driver of a motor vehicle travelling down the hill shall give precedence to a vehicle going uphill wherever the road is not sufficiently wide to allow the vehicles to pass each other freely without danger, and stop the stop the vehicle to the side of the road in order to allow any vehicle proceeding uphill to pass.
Obstruction Of Driver: A driver of a motor vehicle shall not allow any person to stand or sit or anything to be placed in such a manner or position as to hamper his control of the vehicle.
Speed TO Be Restricted: The driver of a motor vehicle shall, when passing a meeting or procession or a body of troops or police on the march or when passing workmen engaged on road repair, drive at a speed not exceeding 25 kilometres an hour.
Driving Of Tractors And Goods Vehicles: A driver when driving a tractor shall not carry or allow any personto be carried on the tractor. A driver of a goods carriage shall not carry in the the driver's cabin more numbers of persons than that mentioned in the registeration certificate and shall not carry passengers for hire or reward.
Projection Of Loads: No person shall drive in any public place any motor vehicle which is loaded in a manner likely to cause danger to any person in such a manner that the load or any part thereof or anything extends literally beyond the side of the body or to the front or to rear or in height beyond the permissible limit.
Restriction To Carriage
Except for the fuel and the lubrican

The three most common types of Tourist Vehicle given below:
Toyota Crysta Innova, Swift Dezire, Toyota Etios
Toyota Crysta Innova: Few people bring their own vehicles to India. If you do decide to bring a car or motorcycle to India it must be brought in under a carnet, a customs document guaranteeing its removal at the end of your stay. Failing to do so will be very expensive. However driving in India requires lot of patience because of extreme congestion in the cities and highways which are always busy with trucks.
Rental: Self-drive rental in India is not wide-spread, but it is possible. If you don't feel confident about driving on Indian roads, or if self-driven rental is unavailable, it is easy to hire a car and driver, either from the local station tourist authority or privately through your hotel. By western standards the cost is quite low. In India you can get rental taxis, for nationwide.
Fuel: Petrol is expensive compared to the West and when compared to the cost of living in India  but diesel is much cheaper. Petrol is usually readily available in all large towns and along the main roads so there is no need to carry spare fuel.