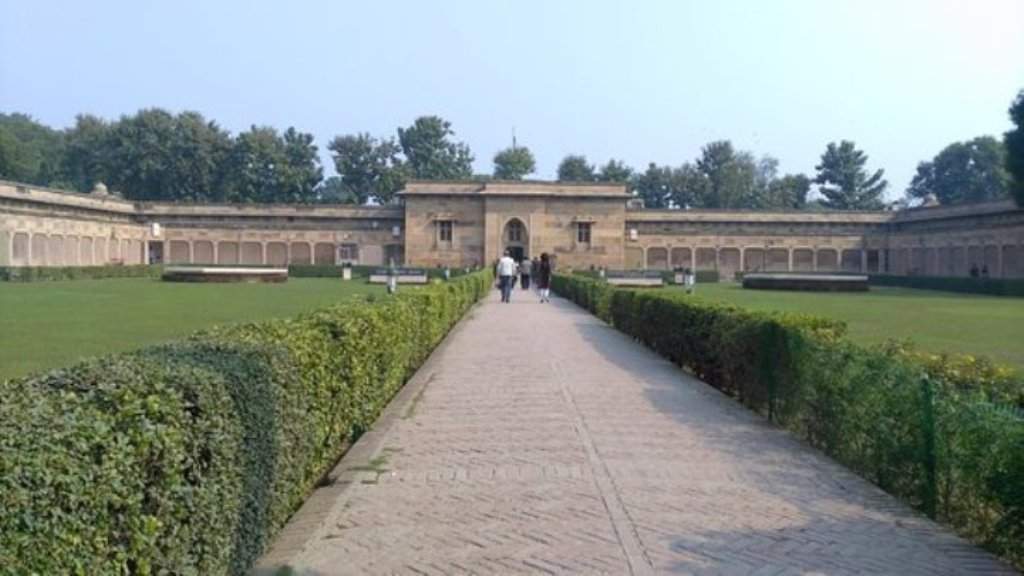 Sarnath : Sarnath, a world famous Buddhist site is about 10 kms. from Varanasi. Buddhists worldwide look upon India as the land of the Buddha and a visit to this country means a pilgrimage to those places sacred to the memory of the Enlightened One.

After the Buddha attained enlightenment in Bodh Gaya he came to Sarnath. Here in the Deer Park, he delivered his first sermon, or in religious language, set in motion the Wheel of Law (Maha-Dharmachakra Pravartan.). On the day before his death Buddha included Sarnath along with Lumbini, Bodh Gaya and Kushinagar as the four places he thought to be sacred to his followers.

The Emperor Ashoka, who spread Lord Buddha’s message of love and compassion throughout his vast empire, visited Sarnath around 234 BC, and erected a stupa here. Several Buddhist structures were raised at Sarnath between the 3rd century BC and the 11th century AD, and today it presents the most expansive ruins amongst places on the Buddhist trail. Sarnath is 10 km from the holy city of Varanasi, and is an exceedingly tranquil place. The ruins, the museum and temple are all within walking distance.

Pick up from  hotel lobby in Varanasi at 01:00 Noon& drive to Sarnath in Varanasi, is the place where Buddha chose to deliver his first sermon. It makes Sarnath one of the most venerated Buddhist places. Besides Buddhism, Sarnath is also connected with Jainism.

There are many Buddhist monuments and edifices at Sarnath. Some of the important Buddhist monuments at Sarnath you will see are Dhamekha stupa, the Dharmarajika stupa & the Chaukhandi stupa and monasteries and temples of different schools of Buddhism from Japan, China, Thailand, Burma and others. The Indian Buddhist society called Mahabodhi Society maintains a park around the Buddha temple. The Mahabodhi Temple within the park has a tooth relic of the Buddha.

There is also a vast expanse of ancient ruins at Sarnath. Several Buddhist structures were raised at Sarnath between the 3rd century BC and the 11th century AD, and today it presents the most precious ruins amongst places on the Buddhist trail which you will see the Lion Capital of Ashoka pillar at Sarnath is the National emblem of India, which is displayed in the archaeological museum in Sarnath.

Then explore in the Evening Aarti ceremony from  6:00 to 7:00 PM  Aarti, also spelled arathi, is a Hindu ritual, in which light is offered to one or more deities. Aartis also refer to the songs sung in praise of the deity, when offering of lamps is being offered.

Hindus in India worship the river Ganges as goddess. Every evening in Varanasi, aarti is performed at the Dashashwamedh ghat. We can watch it from the ghat or from the waterside in a boat. It is a beautiful, resonant, and majestic spectacle with a very precise choreography involving rituals performed by several priests with the sound of bells, drums, cymbals, and Sanskrit mantras. The river is also worshiped with flower petals. The tour will end at 07:00 pm and sit back and relax on the drive back to your hotel Varanasi