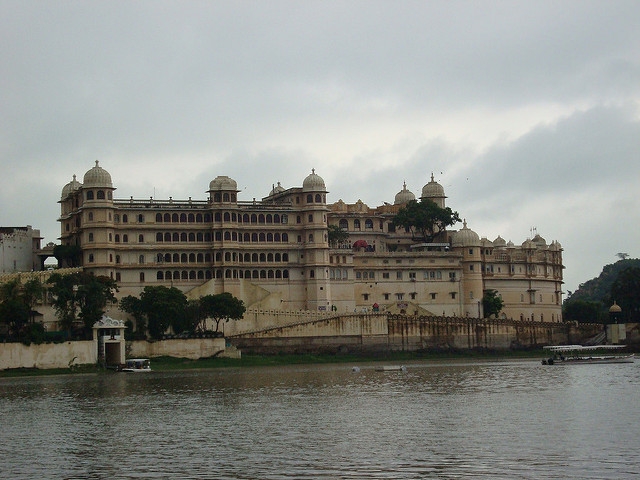 Location:    On the banks of Lake Pichola

Built by:    Started by Maharana Udai Singh, completed by his successors

How to reach:One can easily reach Udaipur City Palace either by taking local buses, tongas, auto-rickshaws and taxis from the city

City Palace UdaipurUdaipur City Palace is one of the architectural marvels of Rajasthan, located peacefully on the banks of Lake Pichola. This majestic City Palace is the most-visited tourist attraction of Udaipur and often distinguished as the largest palae complex in Rajasthan. Initially, Maharana Udai Singh built this superb wonder, but the present form of the Palace is the result of subsequent additions by his successors.City Palace boasts of the wonderful blend of Medieval, European and Chinese Architecture. The Palace has various towers, domes and arches, which add to the flavor of heritage site. Towering on the banks of Pichola Lake, City Palace is truly a feast to the eyes. City Palace is a marvelous assortment of courtyards, pavilions, terraces, corridors, rooms and hanging gardens. Encircled by fortifications, this imposing Palace is wholly built in granite and marble.City Palace has several gates that are known as "Pols". 'Bara Pol' (Great Gate) is the main gate to the City Palace complex that will take you to the first courtyard. On passing 'Bara Pol', you will come across a triple arched gate, which is known as 'Tripolia'. Between these two gates, you would see eight marble arches or Toranas, where Kings used to weigh themselves with gold and silver. Besides Tripolia, there is an arena where elephant fights were staged. Across 'Tripolia', you would enter the 'Elephant Gate' or the 'Hathi Pol'.

Evening activities include The Mewar Sound and Light Show at the Manek Chowk - ‘The Legacy of Honour’ from 19:00 hours to 20:00 hours