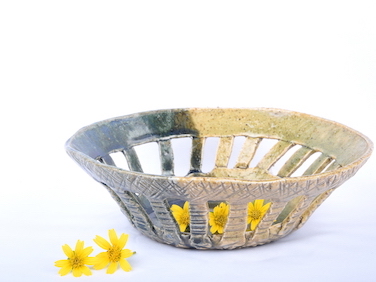 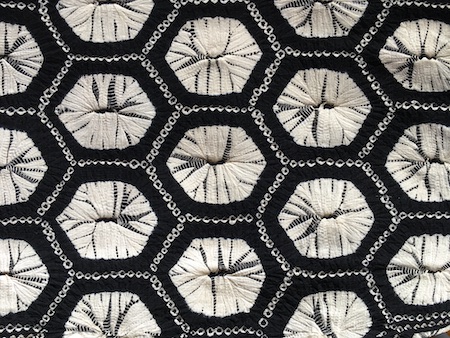 DakshinaChitra is an exciting cross cultural living museum of art, architecture, lifestyles, crafts and performing arts of South India. The main mission is to exhibit, promote and preserve aspects of the broader, more inclusive cultures of the states and to bring these arts to the public in a participative, enjoyable and engaging way. DakshinaChitra Heritage Museum, a project of Madras Craft Foundation an NGO was opened to the public on December 14th 1996. The Museum is located overlooking the Bay of Bengal, at Muttukadu, twenty five kilometers south of Central Chennai, on the East Coast Road to Mamallapuram, Tamil Nadu, India.

DakshinaChitra has a collection of 18 authentic historical houses with contextual exhibitions in each house. All the houses bought and reconstructed at DakshinaChitra had been given for demolition by their owners. The authentic homes in a regional vernacular style are purchased, taken down, transported and reconstructed by artisans (Stapathis) of the regions from where the houses came

We preserve, promote and present the rich cultural heritage of South India through curated permanent exhibits and a variety of public programming. Some of these include:

•Traditional homes from different regions of South India have been purchased, dismantled and relocated at DakshinaChitra .The lifestyle of the communities that lived in these houses has been exhibited in each house. You can explore 18 heritage houses, amble along recreated streetscapes, explore contextual exhibitions, interact with typical village artisans and witness folk performances set in an authentic ambience. DakshinaChitra literally means – “a picture of the south”.

•We promote crafts through hands on activities and workshops for our visitors.

•Learning based special activities for students and children (both rural and urban) are organized regularly to help increase their awareness and appreciation of the cultural heritage of South India.

•Craft shop and crafts bazaar: We network with a wide number of craftsmen, artisans, artists, Self Help Groups and NGOs to give their products a wider platform. We also offer design advice and marketing advice to interested groups to make their products competitive.

•We organise workshops on craft & textiles, art and folk performances for students, children, adults and educators and encourage them to use traditional skills to meet contemporary needs. …

•We organise collaborative International seminars to create platforms to sustain dialogue about issues of culture in our globalising World….

To inspire people to new ways of looking at South India's cultural traditions and their connections to the present and to the future.

To aid directly in the communication and promotion of the rich and diverse cultures of India, with particular emphasis on the cultures of the people of the South.

By Air: The Nearest Airport is Chennai

By Road: Chennai is well connected to other major cities of the country via regular buses

Fort ST. Geroge: was built in 1640 AD, by the British East India Company under the direct supervision of Francis Day and Andrew Cogon. This place achieved its name from Saint George, the patron saint of England. The fort houses Saint Mary's Church and fort museum. Saint Mary's Church the oldest Anglican Church built in 1680 and the tombstones in its courtyard are the oldest British tombstones in India.

Marina Beach: it’s the second longest beach in the world with a strech of 4.5 kms (2.5 miles). This strech is filled with statues of rememberence from our Tamil culture to our great leaders. A walk along the Marina in the evening creates elated feelings. The old buildings on side of KamarajarSalai, a main road along the Marina, would remind you of the good old British days. People from all over the city gather here in the evenings to cool off and eat crispy "sundal and murukku"!

ANNA Memorial: the memorial for ARINZAR ANNADURAI - leader of the Dravidian movement, affectionately called Anna. His speech in Tamil has enchanted millions. Adjoining to this memorial lays another for leader Dr. M.G. Ramachandran leader of AIADMK movement, commonly know as PuractchiThalaivar MGR. Both of them are situated at the northern end of the Marina Beach. Both these leaders are still living in the hearts of Tamil Nadu people.

Light House: A massive tall structure situated at south end of the Marina Beach beckons the visitors in the evening and adds glory to the golden sands. All India Radio (AIR) radio broadcast station is located opposite to the light house.

San Thome Basilica: At the south end of Marina Beach was named after Saint Thomas "doubting apostle of Jesus Christ". It is belived he has come to Madras in 52 AD and kill at St. Thomas Mount just outside the city in 78 AD. Built in 16th Century by the Portuguese, in 1896 it was made a basilica. The beautiful stained glass window at the basilica portrays the story of St Thomas and the central hall has 14 wooden plaques depicting scenes from the last days of Christ.. In the cathedral is a 3ft. high statue of Virgin Mary which is believed to have been brought from Portugal in 1543.

Theosophical Society: formed to facilitate and encourage the study of comparative religion, philosophy and science is situated in beautiful sylvan settings in Adyar. The society was founded by Madame Blavatsky and Col. Olott in USA, and later moved to Adyar in 1882. Apart from shrines of all faiths and the peaceful Garden of Remembrance, there is a 95-year old library which has a very good collection of rare Oriental manuscripts written on palm leaves and parchment.

Elliots Beach: Along the coast down south from Marina. It is also the night beachs for Chennai youth. At the end of this beach are the Velankanni church and the Ashtalakshmi temple. Though the church is much smaller than the original one at Velankanni it attracts its own share of pilgrims. The Ashtalakshmi temple dedicated to goddess Lakshmi looks quite different from the usual South Indian temples as it is a modern granite tier construction, not even 20 years old.

Birla Planiorium: Birla Planiorium is located near Adyar and Guindy. This modern planetarium is housed in a hemi-spherical theatre. Here a fully computerized projector brings the heavenly bodies to life. The latest astronomical phenomena are brought back to life in simulated environment. Periyar Science & Technology Centre situated near enables the visiting public to understand scientific and technological inventions through working models Kalakshetra:is located eyond Elliot's beach, is Kalakshetra or 'Temple of Art'. It was founded in 1936 by Rukmini Devi Arundale to train, encourage and revive interest in bharatanatyam, which is the classical dance form of the state. This institution is among the finest of its kind in the country and is run on the ancient gurukulam system. Throughout the year Kalakshetra conducts music recital and dance performances in different parts of Chennai. Details about venue and timings can be obtained from the daily newspapers or from the information desk of the Government of India

Adyar Banyan Tree: is one of the largest tree in the world. It measures 238ft from north to south and 250ft from east to west. The total area exceed 59,500 sq ft. This tree is a unique specimen. It has been the centre of many notable gatherings of the Theosophical Society and thousands of visistors have rested in its shade.

ValluvarKottam: the memorial to the poet-saint Tiruvalluvar is shaped like a temple chariot and is, in fact, the replica of the temple chariot in Thiruvarur. A life-size statue of the saint has been installed in the chariot which is 33m. tall. The 133 chapters of his famous work Thirukkural have been dep