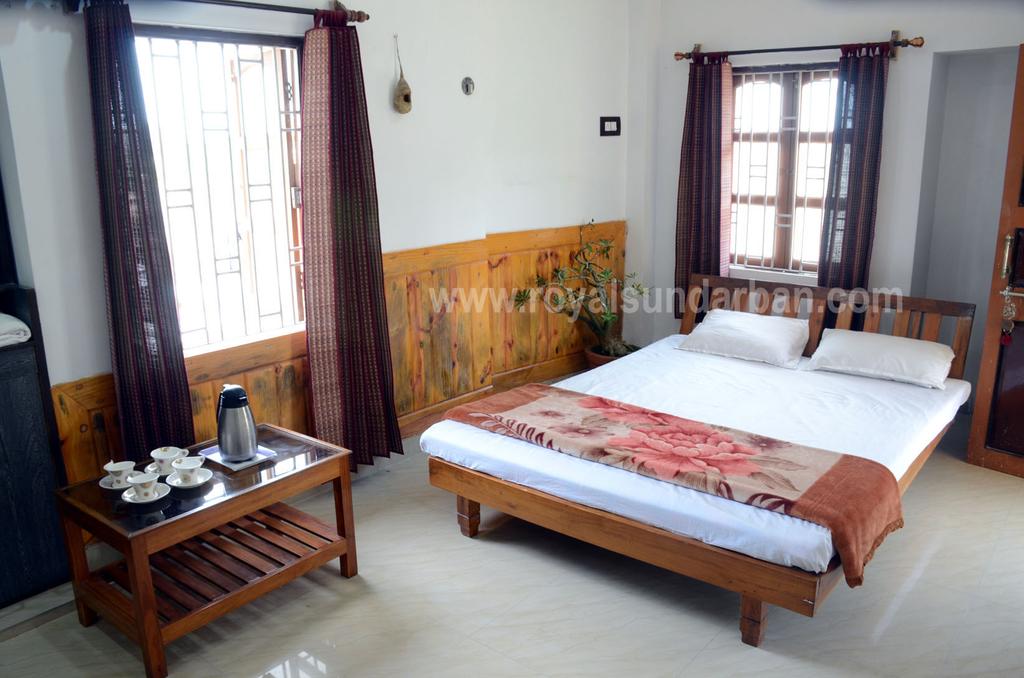 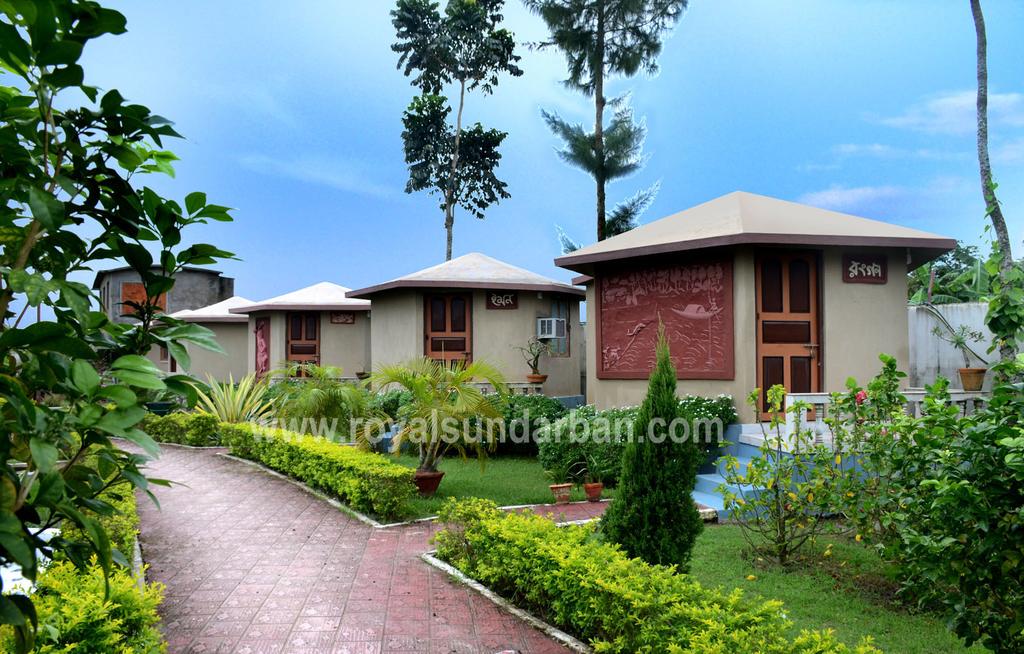 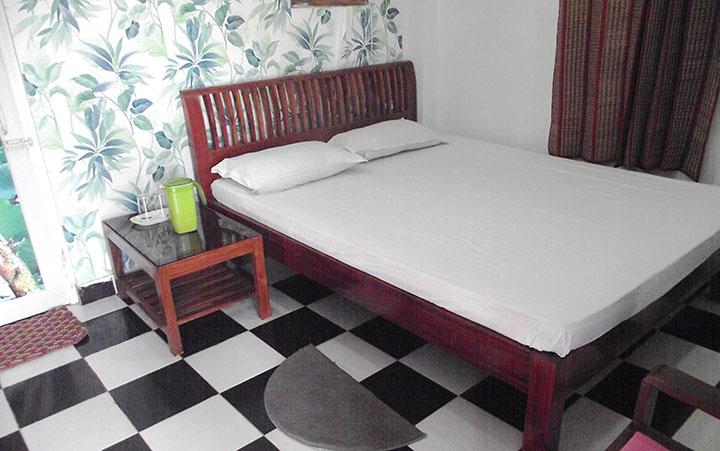 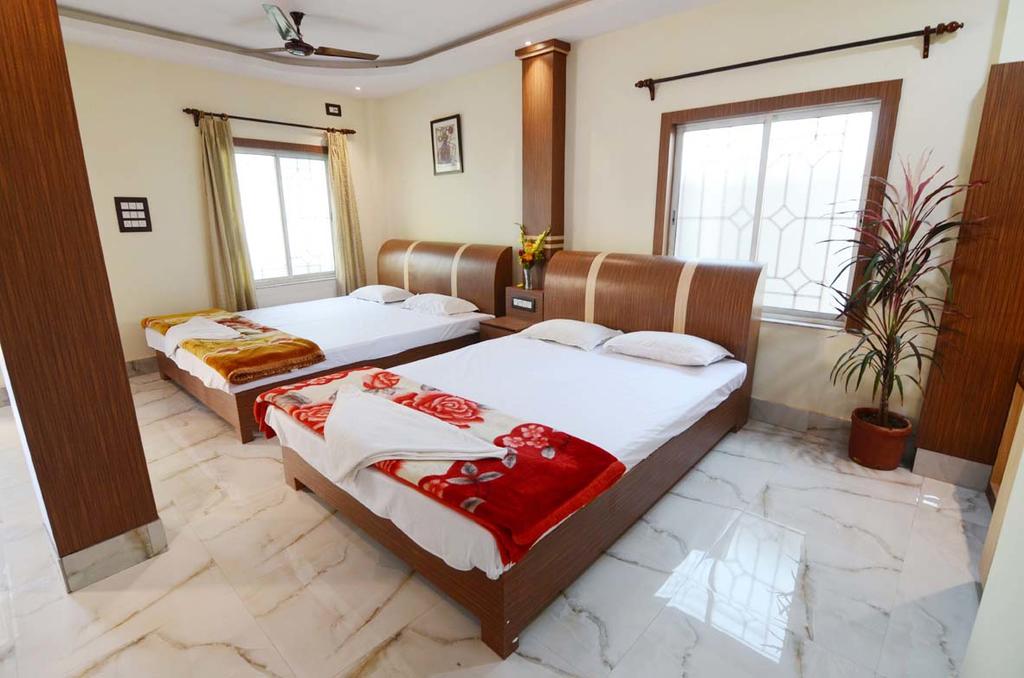 Royal Sunderban Wild Resort in Jharkhali Island in the best location closest to the forest core area to spend an ideal time amidst nature for a couple of days.

It has cottages for accommodation with the most modern amenities with 40 guests. The balconies in the cottage allow a clear view of the water body and the garden.

Tourists can reach Sunderbans on fixed departure dates or any day as per the choice of tourists.

The Sundarbans is a vast forest in the coastal region of the Bay of Bengal and considered one of the natural wonders of the world.The picturesque beauty of deltic land of an enigmatic beauty remains to be captured by the perennial arrival of tourist from different part of India and abroad. To be absorbed in the ecstasy of tidal ray of tourism.

The Sundarbans etymologically named arrived form "beautiful forest" has been proposed that the name form primitive tribes of region 'Chandra-bandhe'.Geographically situated in the gangetic delta formed with confluence of three rivers Meghana,Brahmaputra and Ganga. The Sundarbans is full of network of rivers, canals and islands. The beauty of hide-and-seek of tidal waves in rivers during the high tide disappears 1/3 of land and visibility of again soaked land once mold during low tide. This remains a routine practice almost every day.

The Sundarbans area is widely spread with mangroves trees 10,000 km2 get to be observed else were in the world. In India's jurisdictions, the Sundarbans comes in the state of West Bengal, the vast mangrove forest is a unique natural wonders of world and forms instruments of research like UNESCO World Heritage List. The land of flora and fauna of vast land also attracts characterised by the abundance availability of Sundari, Gewa, Goran and keora. The region is also known to contain numerous wildlife species, birds and reptiles, including world famous big cat 'Royal Bengal Tiger' with Chital, Deer, Fishing Cats and Crocodile etc. The marine life with important fishes, crabs, amphibians, reptiles and all this mixed the land a wonder of tourist to satisfy their appetite and thrust of observation in the vast wild landscape and river belts. The mammals like Cheetal, deers, monkey, fisheagle and colourful migratory birds attracts the mind of tourists.

The tiger of Sundarban definitely snatches the attention of viewers by having occasional glimpse of king of forest at the high tide during dusk when the great cat comes to drink the sweet water of rivers. The crocodile, the great amphibian remains mixed a part of delta, puzzles viewers attention as if a statue of alligator sleeping in the delta of river belts. Last but not the least the popular culture of Sundarbans with many Bengali folks and local dances, based on ideals, heroes, Gods and Goddess of areas like Bonbibi and Dakshinroy ,Manasa and Chandsadagar based of popular epics Manasamongala brings colour in the mindset of viewers with wonders and querry and enjoyment during lazy period at night and get a glimpse of history of Sundarbans with the tribal folk songs and folk dances.

The mouthwatering spread of dishes includes apart from a variety of traditional Bengali dishes also continental ones. The special attractions for the fish-lover are the lobsters, crabs, fishes and other special sea-foods made from the huge variety of them available locally.

The Sunderbans support one of the largest populations of Royal Bengal Tiger. These man-eaters who have often been the harbingers of death in these parts also at the same time give the place its fundamental character of existence. However recent years have witnessed sharp decline in their numbers. In August 2004 there were in total approximately 256 individuals in Sunderban which in the current year (2013) have been estimated to be only 103. The predominant reasons behind this drastic downfall are poachers and an acute scarcity of food. However recently another significant reason behind this decline has been brought to notice by the research conducted by scientists at the Cardiff University, UK. According to them the absence of enough genetic variation among tigers is the real culprit. Only 7% of the numerous genetic variations that could be found among tigers even hundred years ago are found to exist now. The absence of enough genetic variations, have strongly affected their mutation, adaptation and their hunting techniques. Genetic variation determines the chances of any species to exist on this planet. Those species who display the maximum diversity in genetic variation have better of existing that the others. In ca