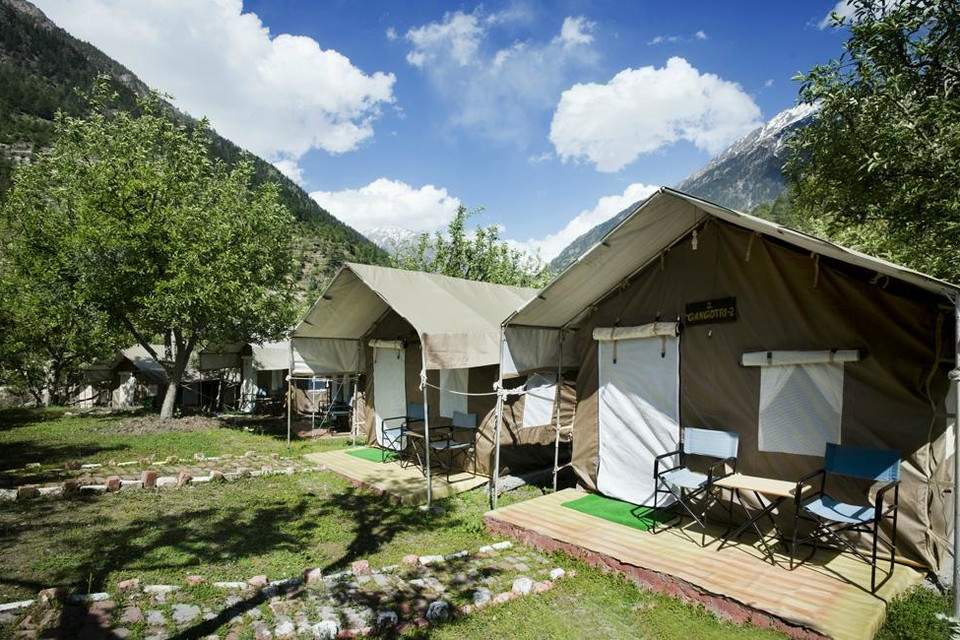 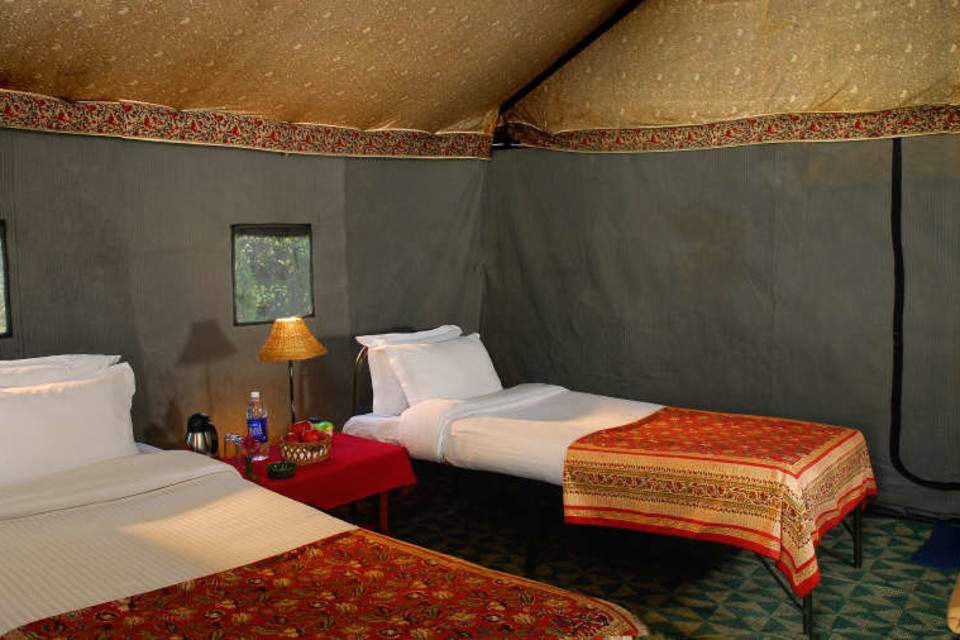 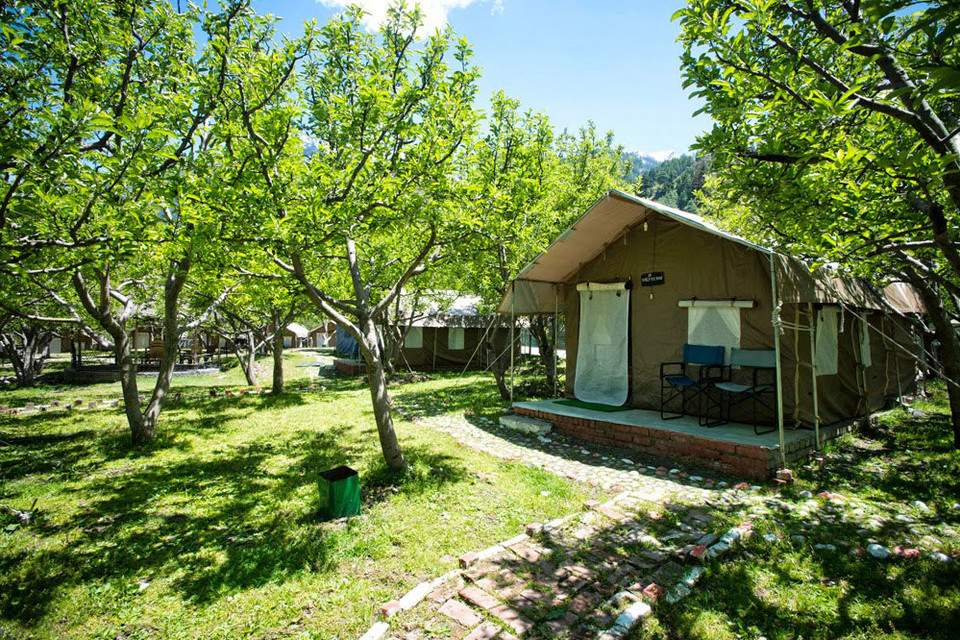 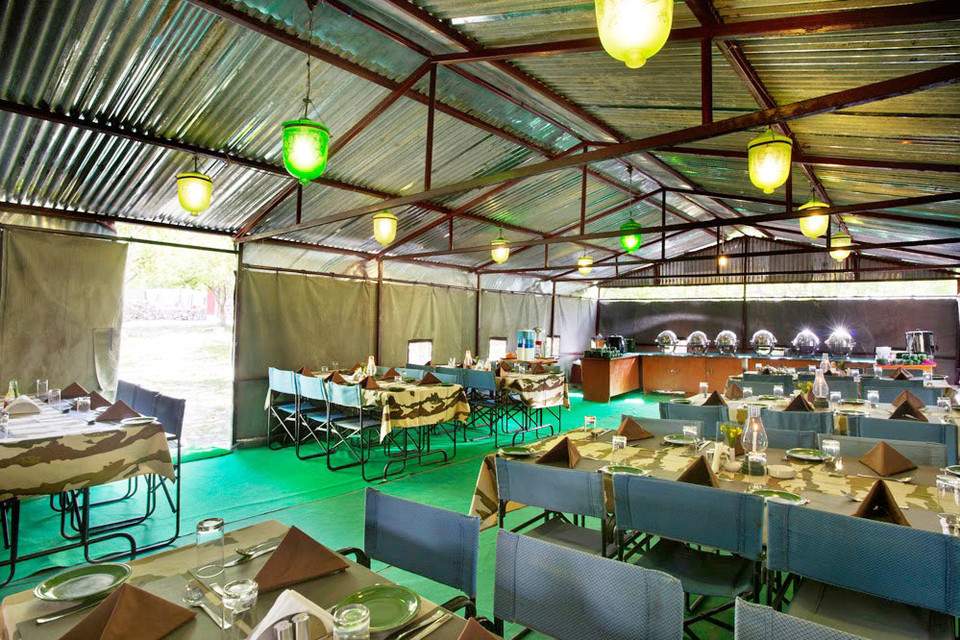 The Chardham Camps by Leisure Hotels is a luxury experience which is not just limited to the pious journey to the holy sites of Yamunotri, Gangotri, Kedarnath, and Badrinath. Our camps at Harsil, Barkot, Guptkashi, and Joshimath are located amidst the vistas of Uttarakhand's rich landscapes and are ideal for a vacation with friends and family. To top it all, each camp experience is offered as an individual package as well.

Gangothri Dham is the birthplace of the River Ganga. Popular Hindu legends suggests that the River Ganga took birth here because Lord Shiva decided to release the mighty river from the locks of his hair. Dedicated to Goddess Ganga, Gangothri Dham is the second of the four temples at the Chota Char Dham Route. The foundation to this temple was laid by Nepalese General Amar Singh Thapa. Gaumukh, the sacred snout of the Gangotri Glacier is where the mighty river begins its journey. This venue is located about 19 kilometres from Gangotri. Some popular religious locations like the Bhagirath Shila and the Pandava Gufa are also present close to the Gangothri Dham.
According to Hindu mythology, Goddess Ganga – the daughter of heaven, took the form of a river to absolve the sins of King Bhagirath’s predecessors, following his severe penance of several centuries. She came down from heaven in the form of a river at a place we now call Gangotri – an enchanted place surrounded by mountain peaks, including that of Shivlinga and Satopanth. The temple opens on the auspicious day of Akshaya Tritiya (April – May), and closes on Diwali every year. The Temple remains closed during winters and deity is taken to Mukhyamath temple in Mukhba village. In 2015, Gangotri temple is open on April 21st.
The shrine of Gangotri is at an altitude of 3,200 m and set amidst rugged mountains and overlooks the thundering river. Made of white stone, the temple is decorated with a gilded roof crowned with a central spine. Near the temple is the Bhagirath Shila, a stone slab where king Bhagirath used to meditate.
Gangotri, the picturesque pilgrimage in the hinterlands of the Himalayas, nestling amidst deodar forests is worshipped by Hindus as the source of their most sacred river, Ganga. At a distance of 105 kms from the town of Uttarkashi, Gangotri is the spiritual source of the river, while its actual source is the ice cave of Gomukh, 18 kms up the Gangotri glacier. Here, Ganga is known as Bhagirathi, named after the ancient king Bhagirath who prayed to bring her down from the heavens. The other major tributary, Alaknanda, emerges from glacial waters near Badrinath and joins the Bhagirathi further down at Devprayag to become the magnificent Ganga.
Considered the most sacred of all rivers, this stream of life of India continues to be worshipped as a goddess. Bathing in her waters brings deliverance from sins committed in the present and all past births. This explains why numerous devotees have been undertaking the Gangotri pilgrimage over the years.
Room Type
Luxury Tent
Location
The Chardham Camps ensures optimum comfort for the esteemed pilgrims of the Chardham yatra. These luxurious camps are available for those undertaking a Badrinath tour, Kedarnath tour, Gangotri or Yamunotri tour.